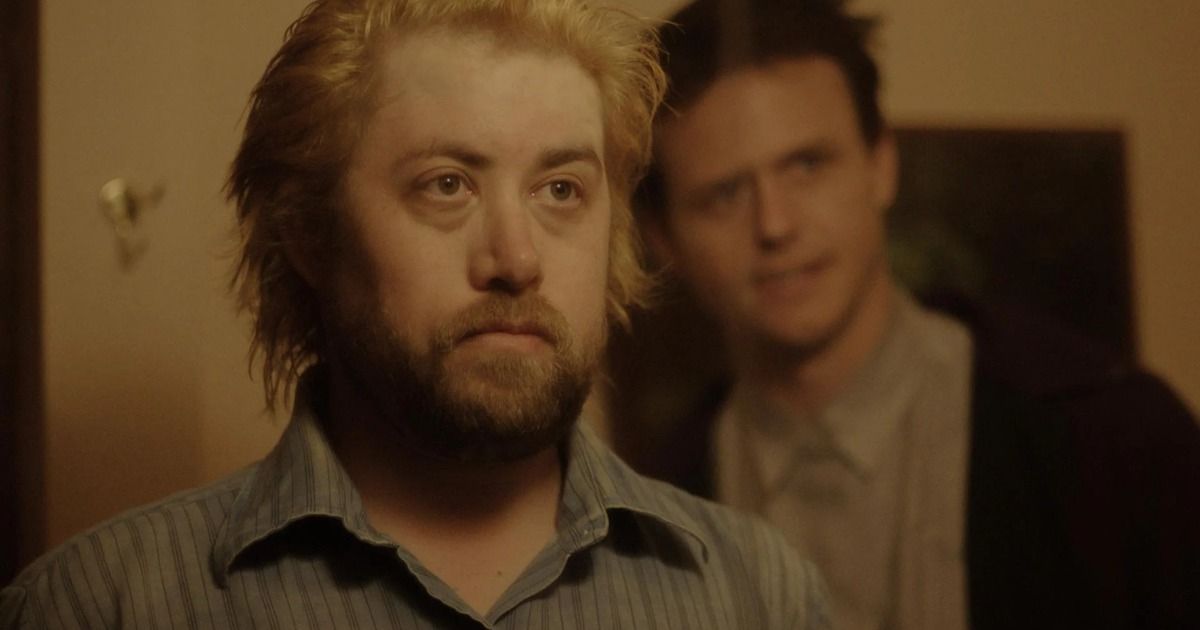 What happens when you die? This question has plagued humanity since its inception, leading to the creation of religions across the globe and countless pieces of art and culture exploring the unknowable answer. The new film from comedian Whitmer Thomas and director Clay Tatum posits that it’s basically the same as living, just a little bit more boring. The Civil Dead, which screened at last year’s Slamdance and won the festival’s Audience Award for narrative feature, ​​​​​tells the story of Clay (Clay Tatum), a photographer who just wants to chill while his wife is out of town, but his plans are thwarted when an acquaintance, Whit (Whitmer Thomas), re-enters his life and refuses to leave.

After The Civil Dead‘s successful premiere, Utopia, the distributor behind other indies like The planet, Shiva Babyand We’re All Going to the World’s Fair, picked up the film in the summer of last year. Now the film is finally making its theatrical debut at Alamo Drafthouse theaters across the country. Each screening will be followed by a Q&A with Thomas and Tatum, who are touring the country with the film. The first showing will be in downtown Los Angeles on February 3, followed by San Francisco on February 4, Denver on February 6, Austin on February 8, and New York City on February 10.

If you are in or near one of those cities, the trip to the theater is worth it as The Civil Dead is an excellent debut feature that’s darkly hilariously and deeply uncomfortable. It’s a daring film that is unafraid to be misanthropic and brutally honest in a way that is rarely seen on the big screen right now. Let’s take a deeper dive into the creatives behind the film and the elements that make the finished product so compelling.

The Civil Dead Is the Culmination of a Lifelong Partnership

The Civil Dead is far from the first project Whitmer Thomas and Clay Tatum have worked on together. Thomas and Tatum are childhood friends who started the comedy group Power Violence with Jeramy Ritchie and Budd Diaz after moving to Los Angeles. In 2014, the duo worked on the animated FXX show, Stone Quackers, which only lasted one season.

Related: Nathan Fielder’s The Rehearsal: More Cringe Comedy to Come in Season One

Tatum also co-directed and edited Thomas’s fantastic HBO stand-up special, The Golden Onewhich featured Thomas exploring his relationship with his parents and upbringing on the Floribama Shore through comedy, music, and documentary footage. Additionally, they have worked together on shorts such as The Buddhist (2016), Blue Line (2016), and Home (2020). So while The Civil Dead is their first feature, it is only the tip of the iceberg that is their creative partnership.

Watching The Civil Dead is like getting cornered at a party by an acquaintance you don’t like and being stuck in an excruciating conversation for hours. This sounds insufferable, and at times it is, but Tatum and Thomas manage to squeeze ample amounts of humor and pathos out of the premise. Despite being the protagonist, Clay is one of the most unlikeable characters that has graced the screen in recent years. He’s selfish, pretentious, and aloof, yet his desire to be left alone and enjoy some peace and quiet keeps him relatable to the viewer, no matter how cruel he is to Whit. Thomas, for his part, endows his character with equal amounts of annoying and endearing attributes, with moments of true desperation sprinkled throughout the film.

Despite a slightly surreal concept, The Civil Dead stays grounded in its approach to dialogue and filmmaking. It clearly has a tiny budgetbut that just further enforces the casual, if slightly off-putting, feel of the movie. The lack of funds didn’t prevent Tatum from crafting a visually engrossing film, who showcases an ability to do a lot with a little. The resulting product is a movie that scrutinizes the mundanity and atomization of everyday life. Sometimes it’s unclear whether you should laugh or cringe, but you’ll do plenty of both throughout its runtime.

Unfortunately, due to the pandemic, Slamdance 2022 was solely online. The Civil Dead has been included in other festivals since then, but opportunities to see it with a crowd have been scarce regardless. These screenings in February will provide the most widespread availability the film has received so far. While full (or even less limited) theatrical distribution would be incredible and digital distribution is almost surely on the way, the opportunity to see this movie as soon as possible shouldn’t be wasted, especially on the big screen with an audience. If you can get to an Alamo Drafthouse in Los Angeles, Austin, New York City, Denver, or San Francisco, tickets are available on their website and are worth a purchase.