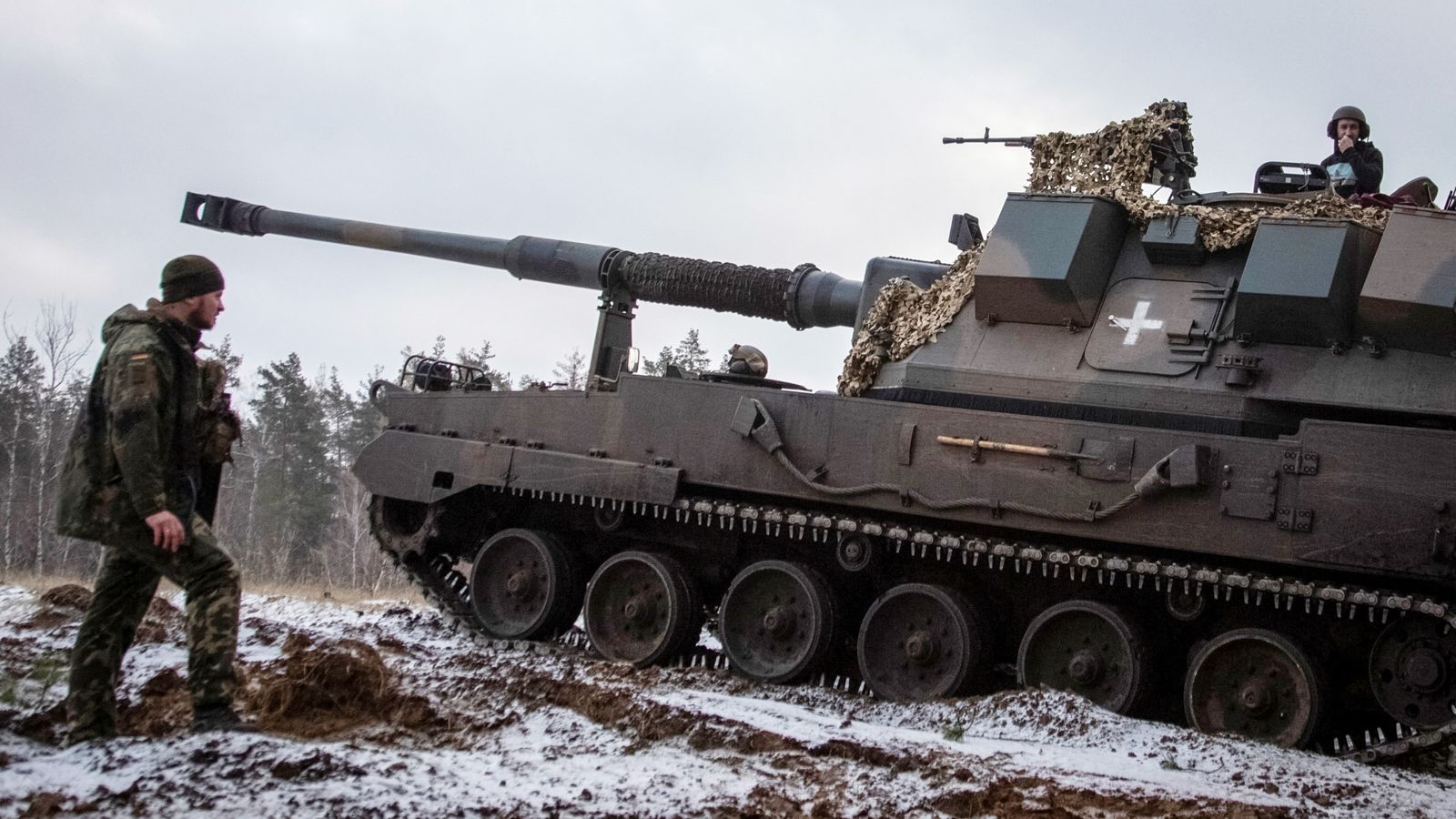 Russia’s war in Ukraine is likely to “go on for some time” and now is the moment to ramp up military aid, the US secretary of state has said.

Antony Blinken said “ferocious” fighting continues along Ukraine’s eastern front – but Western partners are determined to “make sure the Ukrainians have what they need to regain what they have lost and to deal with the Russian aggression”.

“I anticipate that this will unfortunately go on for some time,” Mr Blinken said.

“But we’re determined together… to make sure the Ukrainians have what they need to regain what they have lost and to deal with the Russian aggression. That hasn’t changed.”

Mr Cleverly has travelled to Washington for talks on the war, and spoke alongside Mr Blinken in an attempt to encourage Western leaders to step up support.

Pointing to the UK’s shipment of 14 tanks to Ukraine, Mr Cleverly said it is important to provide the “right equipment at the right time” so Kyiv can engage in the necessary type of fighting.

The US secretary of state indicated that the US would be making announcements in the coming days, with defence secretary Lloyd Austin due to host talks with key allies in Ramstein in Germany later this week.

“We have continuously provided what Ukraine needs and we are doing it in a way that makes sure we are responsive to what is actually happening on the battlefield as well as projecting where it might go,” he said.

“We are determined to make sure that Ukraine has what it needs to succeed on the battlefield.”

Ukrainian President Volodymyr Zelensky has called for some 300 modern Western battle tanks to enable his forces to take the offensive against the Russia aggressor.

In practice this is likely to mean US Abrams tanks and German Leopard 2s – or a combination of the two – which are potentially available in far greater numbers than the Challenger 2.

The key phrase from the news conference between Britain’s foreign secretary and America’s secretary of state?

“Watch this space” – Secretary Blinken’s words when pressed on whether or when America will follow the British initiative to send tanks to Ukraine.

Foreign Secretary James Cleverly did not come to Washington to lecture an ally over what weapons should be supplied to Ukraine. After all, America has led the way in arming Ukraine to defend itself over the past 11 months.

But the foreign secretary is hoping that the UK decision to provide its Challenger 2 tanks to Ukraine will gently incentivise others to follow.

The “space” to watch is the meeting in Germany of the so-called Ukraine contact group of Western nations this week.

Defence ministers and their military chiefs will be discussing what next for Ukraine.

America’s top general Mark Milley will be there. He’s spent the past day meeting his Ukrainian counterpart on the Polish-Ukraine border.

Back here in Washington, beyond our questions and the carefully non-committal answers, the subtext from Cleverly and Blinken was a recognition that this war has some time to run, that winter turning to spring will bring a new Russian offensive and that Putin has time on his side.

That, say the British, is why now is the moment to up not just the quantity but the type of weapons to Ukraine.

In war, facts on the ground drive the negotiations which usually follow.

And those facts have the potential to shift significantly one way or the other as warmer war-fighting weather arrives.

Mr Cleverly, who is in Washington to urge the Americans to go “further and faster” in their support for Ukraine, praised US efforts to date pointing out that it was the biggest single supplier of assistance – both military and economic – to Ukraine.

He said the US and UK have worked “hand in glove” – along with other allies – since the start of the conflict to ensure Ukraine had the support it needed.

“Never in living memory has Russia been more isolated and the Atlantic alliance more united,” he said.

“If Putin believed that the world would succumb to Ukraine fatigue and lose the will to resist his ambitions then that was once again another colossal misjudgment on his part.”

Mr Blinken also reaffirmed the US administration’s call for a negotiated settlement to the dispute between the UK and the EU over the Northern Ireland Protocol.

“The United States believes there must be a negotiated settlement to the implementation of the Northern Ireland Protocol that is acceptable to all sides,” he said. “We are heartened that in recent days the United Kingdom and the European Union have made substantive progress toward a negotiated solution.”

Meanwhile, China said it welcomes a visit by Mr Blinken to the country amid reports he will travel there in early February.