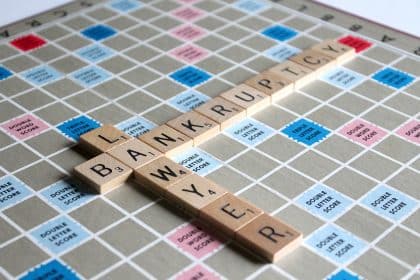 Sources familiar with the matter said that Genesis might file for Chapter 11 bankruptcy as negotiations with creditors aren’t succeeding so far.

Troubled crypto lending firm Genesis Global Capital, which is also a subsidiary of the Digital Currency Group (DCG), is likely to file for bankruptcy this week. Sources familiar with the matter noted that the negotiations between Genesis and creditors haven’t moved forward as expected.

Genesis Is Moving toward Bankruptcy

On Wednesday, January 18, Bloomberg reported that Genesis would consider filing for bankruptcy if it were unable to raise cash amid a severe liquidity crunch. Note that the negotiations with the creditors are currently ongoing and the plans could change anytime.

The report was within a week of the US Securities and Exchange Commission (SEC) announcing that it has charged crypto exchange Gemini and Genesis Group for allegedly offering unregistered securities via the Genesis “Earn” program.

Following the collapse of the crypto exchange FTX back in November 2022 several crypto firms have been facing trouble as the contagion spreads. Just ahead of FTX’s collapse, Genesis roughly held a total of $175 million on the exchange leading to a major liquidity crunch. Following FTX’s bankruptcy, Genesis started facing major liquidity issues within a month and had to eventually suspend withdrawals thereafter.

As crypto lender Genesis halted withdrawals, more than $900 million worth of Gemini’s funds are currently stuck with the exchange. Gemini co-founder Cameron Winklevoss has been writing open letters to Genesis and its parent company Digital Currency Group.

Cameron Winklevoss also demanded the removal of DCG chief Barry Silbert to set up fair negotiations going ahead. Cameron has also accused Silbert of commingling funds at the crypto conglomerate and negotiating in bad faith.

However, the DCG has called Winklevoss’ allegations as “malicious, fake, and defamatory attacks”. As a result, crypto exchange Gemini had to end its “Earn Program” amid the growing feud with Genesis.

Filing for Chapter 11 bankruptcy would give Genesis some space and time to discuss with creditors for saving the underlying economic enterprise. Last month in December, Houlihan Lokey, an investment and financial services firm has already presented a liquidity resolution plan on behalf of the creditor committee for genesis and DCG.