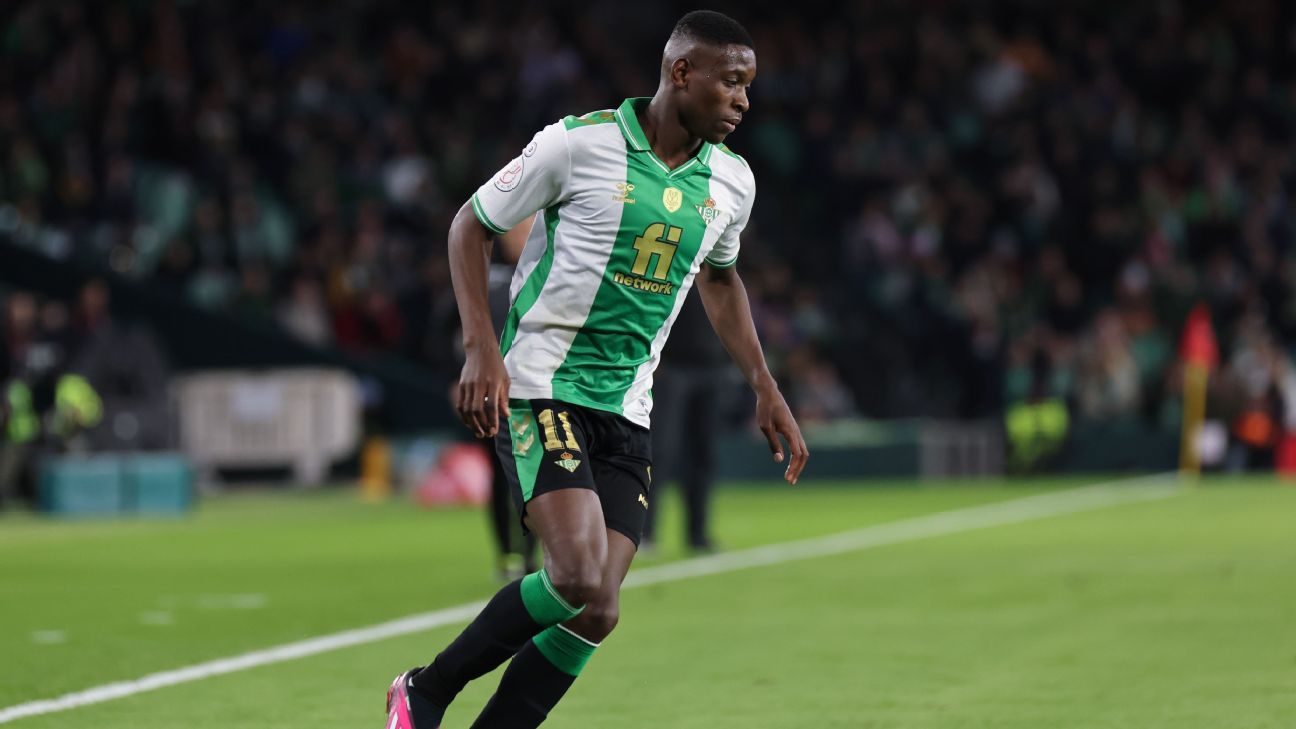 With the January transfer window now open around Europe there’s plenty of gossip swirling about who’s moving where. Transfer Talk brings you all the latest buzz on rumours, comings, goings and, of course, done deals!

The report states that Villa were prepared to trigger Williams’ £45 million release clause at the Bilbao club, which would have made eclipsed the £34.6m fee paid for winger emiliano buendía’s transfer in 2021 from Norwich City.

Williams has emerged as one of Europe’s leading talents and impressed at the 2022 World Cup with Spainbut the 20-year-old reportedly prefers to stay in LaLiga for the moment.

With that, Villa manager Unai Emery is still on the lookout for attacking reinforcements and has identified Henrique as a potential option. Henrique plays for Real Betisand the report states that he has a transfer value of roughly £20m. The 22-year-old Brazilian signed for Betis last summer from Botafogoand has managed to notch three goals, alongside five assists in all competitions this season.

Villa’s recent upturn in form under Emery has seen them move away from the bottom three, but they are still eager to bolster their forward options, as they sit just three points away from sixth-placed Brighton.

– Ayoze Perez is set to leave Leicester Citywith a move to Real Betis imminent, according to Rudy Galetti. The report states that Betis have managed to solve some situations with outgoing transfers, which has allowed a deal for Perez to be near. Perez has been linked with a move away from Leicester since the transfer window began, with a lack of consistent gametime this season.

– Tiemoue Bakayoko looks set to leave AC Milan and sign for Turkish club Adana Demirspor on a three-year deal, according to Transfer market. The 28-year-old midfielder is nearing the end of his two-year loan in Milan, however, it is believed he will have his loan terminated early to see him sign for the Super Lig side.

– Nottingham Forest are ramping up their interest in Paris Saint Germain keeper Keylor Navas following Dean Henderson’s injury, according to the Daily Mail. Henderson sustained a thigh injury in Forest’s clash against Leicester earlier in the month, and it remains unclear when he will return. This has only reportedly heightened their interest in Navas, who is behind Gianluigi Donnarumma in the pecking order at PSG.

– Thiago silva is set for a new deal at Chelseaaccording to the Mirror. Silva’s current deal is set to expire at the end of the season, however, it is believed that Graham Potter is eager to not lose the experience the 38-year-old Brazilian offers.

– Southampton have turned their attention to Marseille Bamba Dieng following a snub from Nicolas Jacksonaccording to the Express. The report states that Saints are keen to bolster their attacking options and have earmarked Dieng as an option. It is thought that were keen on Jackson, however, he now looks set to join AFC Bournemouth from Villarreal.