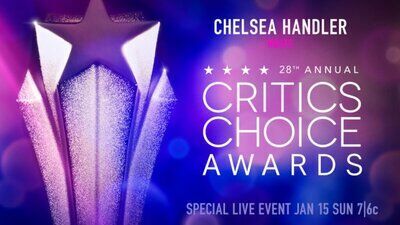 It’s always fun to see the talent you’ve met in the past. Having met Gina Prince-Bythewood, director of “The Women King,” at the Critics Choice Celebration of Black Cinema and Television Awards, it was delightful to talk about the accolades the film has received. Prince-Bythewood said, “Yes, it’s been a great ride and I also appreciate journalists like yourself who love the film.”

As the show began, the electricity in the air was fantastic, and the interaction with the film and TV clips shown before each award were cheered and applauded before the award was presented. Each table was smiling and wishing each other good luck, a true feeling of anticipation and celebration. After covering the live show for nine years, it also felt like more was at stake here; these awards validate a job well done, are important, and do matter. When the award winners were announced, the crowd’s reaction was heightened again, some standing and applauding, some cheering. The speeches were heartfelt and genuine as well; some were crying tears of joy.

Another aspect of the talent which has changed is the taking of photos. I purposely asked to take a few photos of talent by themselves and discovered that, for whatever reason, they wanted me to be in the photo. I’d say, “That’s okay, thanks; I’d like a solo shot of you for my article.” After taking one of Paul Danohe said, “You know, you should be in one with me; it will be better.” He smiled and cocked his head, so how could I turn down Steven Spielberg’s father?

Similar conversations were repeated throughout the night by talent. Austin Butler said to me, “You have to be in it!” Now, am I going to turn down “Elvis?” And, when those photos are taken, the talent will often ask for your phone to snap them.

Jennifer Coolidgewinner of the Best Actress, Comedy Series “White Lotus” said to me, “I’m just so surprised at the success of “White Lotus.” I’m really blown away.” Again, I asked for a solo, and she asked if I’d be in it as well.

Speaking with Jeff Bridges this years’ recipient of the Lifetime Achievement award, I commented on his father. He said during his acceptance speech that today was his father’s birthday and that his dad Lloyd Bridges is why he’s an actor. He talked about his dad’s influences on him and his support and encouragement. I spoke with him briefly, saying that I’ve seen almost all of his films and that I met “The Dude” Jeff Dowd, the real guy his character is based upon in “The Big Lebowski” at EbertFest; he chuckled and shook his head, saying, “That had to be a real trip!” I also praised his work in “Crazy Heart” as his singing was phenomenal; he won our Best Actor Award in 2010 and went on to win the Academy Award for Best Actor.