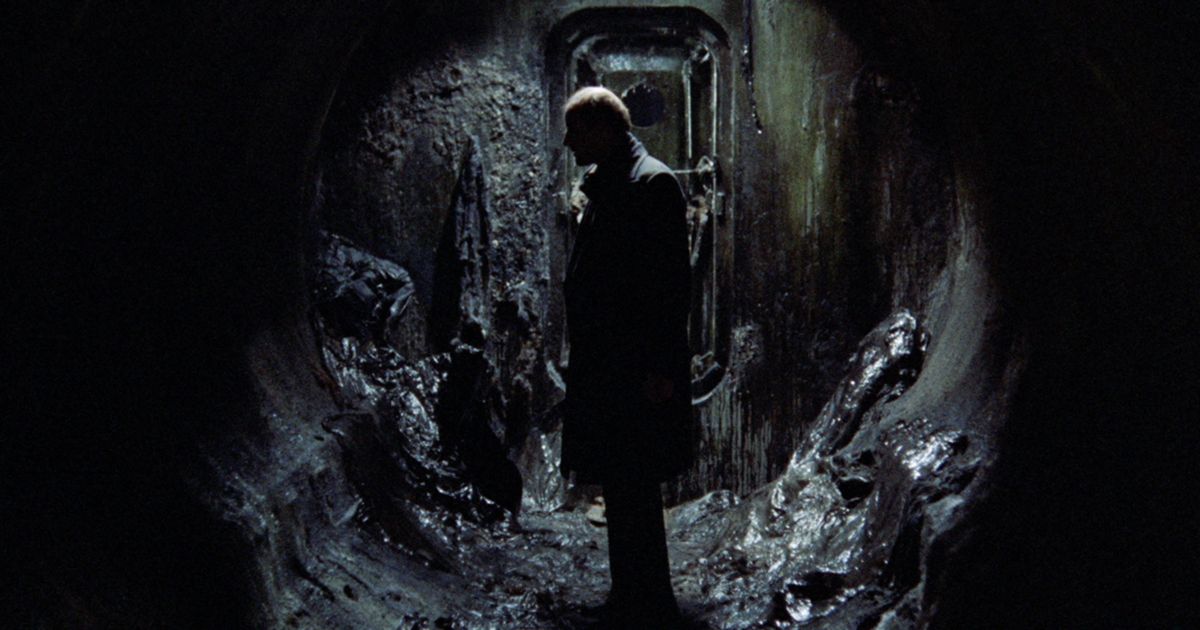 If you don’t already have a love/hate relationship with Rotten Tomatoes and their rating system for films, a quick survey of their top-rated sci-fi films will likely evoke a passionate response. While their top 10 films include some obvious sci-fi classicsthere are some notable omissions and some surprising inclusions. Most film fans, in fact, have likely never even heard of the top-ranked sci-fi film on their list.

Surprisingly, only one film in the top 10 hails from the 1950sthe decade where sci-fi truly became a genre unto its own. Some classics don’t rank high enough to make the top 20 films, including 2001: A Space Odyssey (92%) and The Empire Strikes Back (94%). That may cause some to dismiss Rotten Tomatoes rankings as rubbish, but the strength of the films that did make the top 10 list makes it difficult to argue with the critics and viewers who provided their ratings.

The following are the top 10 films of the sci-fi genre on Rotten Tomatoes, ranked by the “Tomatometer” of critic reviews. We have only included films that have been “Certified Fresh,” as those films must meet a minimum number of reviews, as well as reviews from a list of “top critics.” In cases where films have the same “Tomatometer” score, the higher audience score will determine ranking. In addition, we only included films that fall strictly in the sci-fi genre, as Rotten Tomatoes often assigns the genre to films with only a single sci-fi element as a plot device.

This wonderfully entertaining French animation film features alternate historical timelines, steampunk, and a talking cat, and those aren’t even the best parts. April and the Extraordinary World is set in a 1940s alternate universe where Napoleon’s descendants still rule France.

Technological innovation is at a steampunk-like level, with no radio, television, or electricity. April, a teenager with a talking cat, goes off in search of her parents, scientists who are being held by the government. Featuring 2D, hand-drawn animation, the film’s rich characters have more soul than a year’s worth of big-studio animation releases.

Film Fact: A Dalek from Doctor Who can be seen in the background at the government weapon facility.

Fritz Lang’s masterpiece still mesmerizes to this day. With visuals more captivating than most modern CGI spectacles, Metropolis tells the story of a futuristic city where a permanent underclass of workers serve the privileged elite. When the son (Gustav Fröhlich) of the city’s founder falls in love with one of the workers (Brigitte Helm), he joins her in a revolution to set society right.

The 2008 discovery of missing original footage thought lost for eight decades has only solidified its classic status. The film may be a standard darling of the critics, but it deserves to be.

Film Facts: Superman creators Jerry Siegel and Joe Shuster loved the film so much, they used the title to name the fictional city the comic is set in… The budget for Metropolis, adjusted for inflation, is believed to have been over $200 million.

Back to the Future has been described as the perfect sci-fi comedyand after all these years, the film hasn’t lost a bit of its charm. Like so many great films, Back to the Future had its production setbacks, including having to recast the character of Marty after six weeks of filming, replacing Eric Stoltz with the producers’ original choice for the role, Michael J. Fox. It’s easy to see that, even with a great supporting cast and a crackling script, Fox is the reason why this film works.

Film Fact: Ralph Macchio was offered the role of Marty, but turned it down. His Karate Kid love interest, Elizabeth Shue, appeared in the film’s two sequels as Jennifer.

Universal didn’t have much faith in Repo Mana low-budget sci-fi film from Alex Cox (Sid and Nancy) about a punk rocker (Emilio Estevez) who repossess a car with an otherworldly connection. It was only released in 39 theaters in 1984, but critics praised it as one of the best films of the year. The 1980s were very good to Emilio Estevezas he had hits in just about every genre, but this was the “Brat Pack” member’s breakout role.

Film Fact: One of the executive producers for the film is Michael Nesmith, famous as a member of the band The Monkees. He has a cameo in the film as a rabbi.

Invasion of the Body Snatchers connected with American audiences in 1956, which was already paranoid with the “Red Scare” of the era. The movie has a B-movie premise, but the execution of an A-list classic. Kevin McCarthy plays a doctor who learns that alien pods are hatching clones that are taking over every human being in a small California town, and no one believes him. It’s a fast-paced conspiracy thriller that is still a lot of fun to watch, with a great performance by McCarthy. The film has seen several solid remakesbut the original remains the best.

Film Fact: The film was supposed to end with Kevin McCarthy screaming at the camera while attempting to warn people, to no avail. The studio demanded new scenes be shot for the beginning and end of the film, creating “bookends” that showed authorities learning of the pod people and allowing for a hopeful ending. Richard Deacon, best known for playing Mel Cooley on The Dick Van Dyke Show, appears in these scenes as a doctor.

There are some who argue that Aliens is superior to Alienbut that’s like trying to pick a favorite child. Both films are unparalleled sci-fi-horror classics, but Aliens is a visceral action masterpiece, whereas Alien was the perfect claustrophobic thriller. Sigourney Weaver is perfect in both films, but here, the Ripley character has more emotional depth, taking a mother role to the orphaned Newt (Carrie Henn).

Related: The 20 Best Sci-Fi Movies of All Time, Ranked

It’s an iconic performance, and it’s no wonder why the film was Weaver’s favorite Alien movie to make. The supporting cast of marines, led by Michael Biehn and Bill Paxton, adds both humor and a voice of reason, as Paxton’s Hudson never fails to say what the audience is thinking.

There have been plenty of science fiction-horror films, but none are as perfect as Ridley Scott’s Alien. The tale of a bloodthirsty creature that hunts the crew members of a spacecraft made Sigourney Weaver an icon, and Alien continues to scare audiences to this day. The “chestburster” scene hasn’t lost a bit of its shock value, even after 40 years. Like another famous monster film, Jawsthe alien and facehugger get limited screen time. They only appear for about four minutes in total, and yet their presence is felt throughout in this masterpiece.

Film Fact: This is the only film role for Bolaji Badejo, who plays the alien. The 6′ 10″ Nigerian native died in 1992 at age of 39 from sickle cell anemia.

Surprisingly, E.T. the Extra Terrestrial:is Steven Spielberg’s only film in the sci-fi top 10, with Close Encounters of the Third Kind (94%) and Jurassic Park (91%) falling short of even cracking the top 20 on Rotten Tomatoes. The tale of a friendly alien who befriends a family while trying to contact home is arguably Spielberg’s most entertaining sci-fi filmwhich is helped immensely by the fantastic child actors in the film. While Henry Thomas is unforgettable as Elliott, Dew Barrymore steals every scene she’s in, with many of her best lines ad-libbed.

Film Fact: Harrison Ford filmed a cameo for the film, playing Elliott’s school principal, but it was cut.

James Cameron’s 1984 classic about a time-traveling cyborg on a mission to change the past holds up decades later, even if some of the makeup and special effects haven’t. That’s part of the charm of The Terminatoras every other aspect of the film is absolutely fantastic, with a great performance by Linda Hamilton and perhaps the most perfect casting of all time with Arnold Schwarzenegger as the killer robot.

Film Fact: Lance Henriksen, who plays a detective in the film, was originally considered for the role of The Terminatorbefore Schwarzenegger was cast.

Stalkera 1979 sci-fi mind-bender from Russia, is directed by noted auteur Andrei Tarkovsky (Andrei Rublev1972’s Solaris). It’s a film that’s largely unknown to even devoted sci-fi fans, but it’s available to stream on HBO Max. Once you’ve seen it, however, you’ll understand why it rates so high. It’s a surreal, meaningful cinematic experience that deserves more attention.

Set in an unnamed country, the film follows three men who attempt to enter “The Zone,” an area outside a dilapidated village where something from space has either crashed or deliberately landed. The government allows no one to enter, and shoots anyone who attempts. It is rumored, however, that within The Zone is a room that will grant any wish. Two of the men, a professor and a disillusioned writer, want to enter The Zone and find the room. The third man, a “stalker,” is guiding them in, and along the way, we learn their motivations for going there.

Stalker is not an easy film to watch; it demands you listen, pay attention, and think. It’s slow-paced and there’s a lot of talking, but you’ve likely seen nothing like it. Prepare to watch it twice to fully appreciate it.

Film Fact: A good amount of the film had to be re-shot after a film processing lab accidentally destroyed much of the original negative. It’s one of the reasons why the look and tone of the film’s narrative shifts at times.