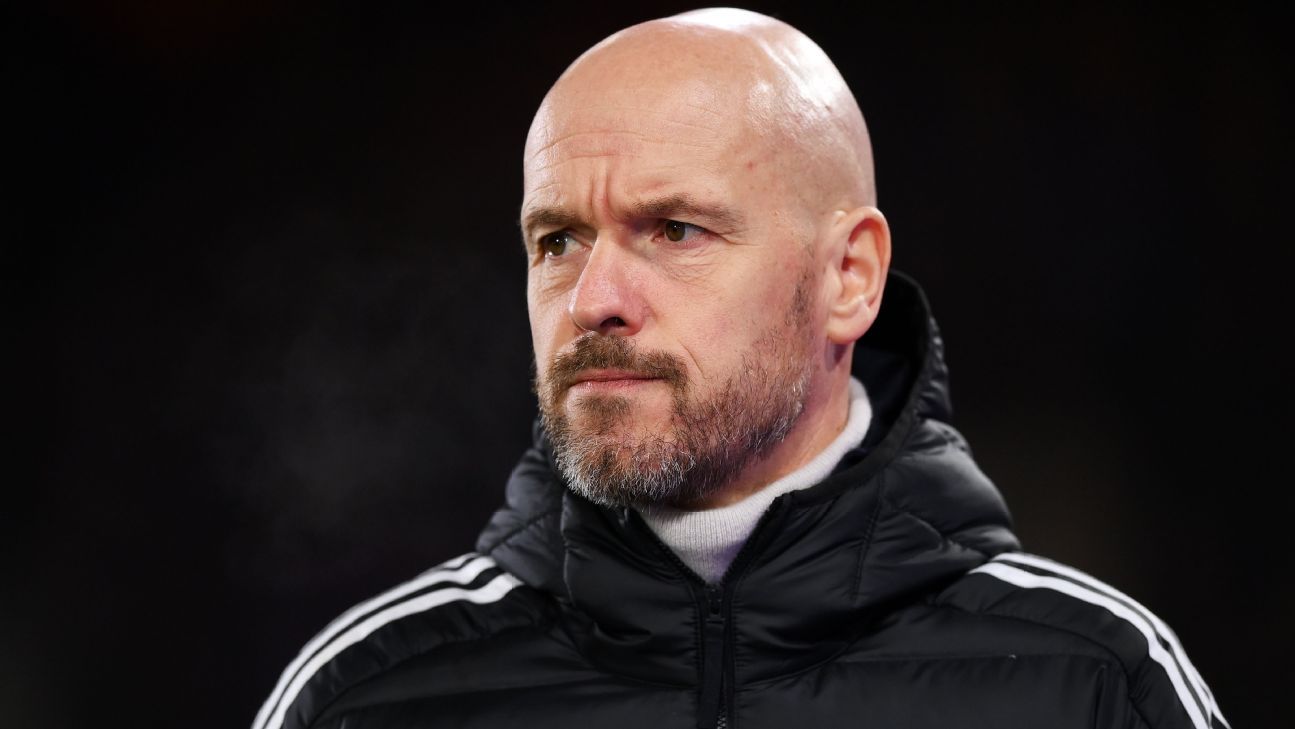 Manchester United manager Erik ten Hag bemoaned his side’s wastefulness in front of goal against Crystal Palace as they dropped two key points in their 1-1 draw on Wednesday at Selhurst Park.

United looked to have sewn the match up thanks to Bruno Fernandes’ first-half strike, only for Michael Olise to hit a wonderful free-kick equaliser in second-half injury time to draw the game level. The result and goal saw United’s nine-match winning run come to an end, and leaves them eight points off Arsenal at the top of the league with Mikel Arteta’s team having a game in hand.

Afterwards as Ten Hag picked through the match, he felt United invited the risk of a late equaliser by not scoring a second to secure the match.

“It was one key moment where we conceded the goal,” Ten Hag said. “It was unnecessary — we should’ve gone for a second goal.

“It is quite clear that when you’re 1-0 up and in control, football in one moment can change everything — it was one unlucky moment and in that moment you lose control of the game.”

“It’s difficult to say [why]. I have to criticise my team. Go for the second. Bruno and [Marcus Rashford] on the wings, [Alejandro] garnachoa lot of creativity, speed and power and [Scott] McTominay with penetration behind.”

The frustration from Olise’s late goal was further compounded by casemiro picking up his fifth yellow card of the season, which rules him out of United’s trip to Arsenal on Sunday. Casemiro was booked for a rash challenge on Wilfried Zaha in the latter stages of the second half meaning Ten Hag will have to navigate the challenges Arsenal pose without one of their best players.

But Ten Hag says the team will take inspiration from their 3-1 win over Arsenal back in September, when Casemiro was only used as a late substitute.

“Casemiro is a really important player for us, [he is] one of the reasons we’re in the positions we’re in,” Ten Hag said.

David De Geaspeaking to Sky Sports, said Casemiro’s absence would be a bitter blow for United at the Emirates.

“Big blow to lose Casemiro for Sunday,” De Gea said. “I don’t get it why Arsenal don’t play as we have to play in the same week and they don’t. Now we are missing one of our best players. I don’t understand. Now we miss him for a big game and it is a big loss for us.”

While Ten Hag was unhappy with the chances they missed, he was pleased with debutant Wout Weghorst who made his first appearance for United after he made his move to the club on loan.

“It wasn’t easy for him,” Ten Hag said. “He has the profile of a nine we want. It was a good debut.”