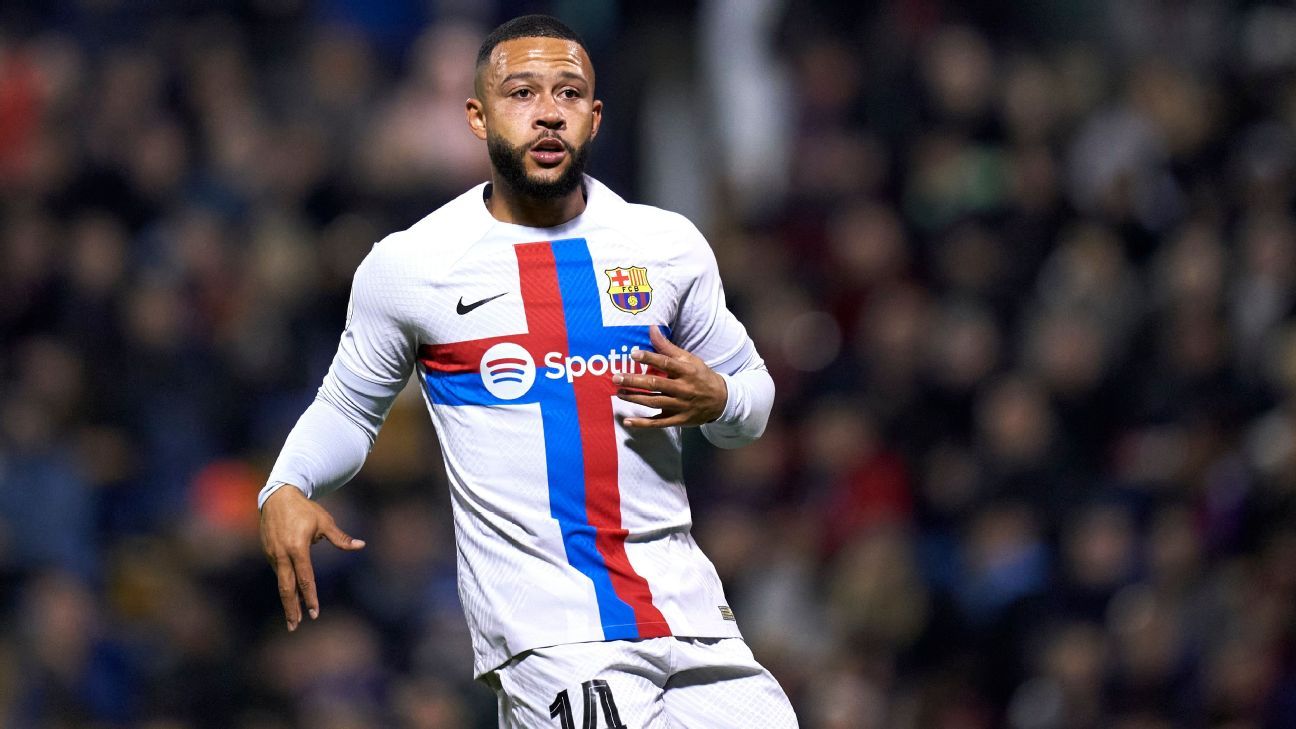 Atletico Madrid are set to sign Dutch forward Memphis Depay from Barcelona for a fee that could rise to more than €4 million, multiple sources have confirmed to ESPN.

Depay, 28, was due to train with Barca on Wednesday but did not show up with the expectation that a transfer to Atletico is close to completion.

Sources say the initial cost of the deal will be around €3m, with Memphis’ Barca contract due to expire in June, with just over €1m due in possible performance-related add-ons.

Barca coach Xavi Hernandez, speaking earlier on Wednesday, had expressed a desire for no one to leave the club this month, but said he understood Memphis’ situation.

“If it was solely down to me, I would not let anyone leave, but I can understand it’s not easy for him,” he said in a news conference. “He is not playing as much as he would like.”

Due to injuries and competition for places, Memphis has been reduced to just four appearances across all competitions this season.

The signings of Robert Lewandowski and Raphinha last summer pushed him further down the pecking order ahead of the current campaign — with Ousmane Dembele, Ferran Torres and Ansu Fati are also preferred by Xavi — but he opted to stay and fight for his place.

However, following the World Cup, where he was part of the Netherlands squad, he changed his mind and opened up to a move away from Camp Nou.

Negotiations had taken place regarding a swap deal that would have seen Yannick Carrasco move the other way — as confirmed by Carrasco’s agent, Pini Zahavi — but Atletico closed the door on that possibility.

However, they continued to push for Memphis given their need to strengthen their attack this month following the departures of Joao Felix and Matheus Cunha to the Premier League.

Memphis only signed a two-year deal when he joined Barca as a free agent from Lyon in the summer of 2021, making him a low-cost option this January with his deal expiring in the summer.

He was a regular at Barca under Ronald Koeman and ended last season with 13 goals in 38 games. Prior to joining Lyon in 2017, he spent time with Manchester United and PSV Eindhoven.