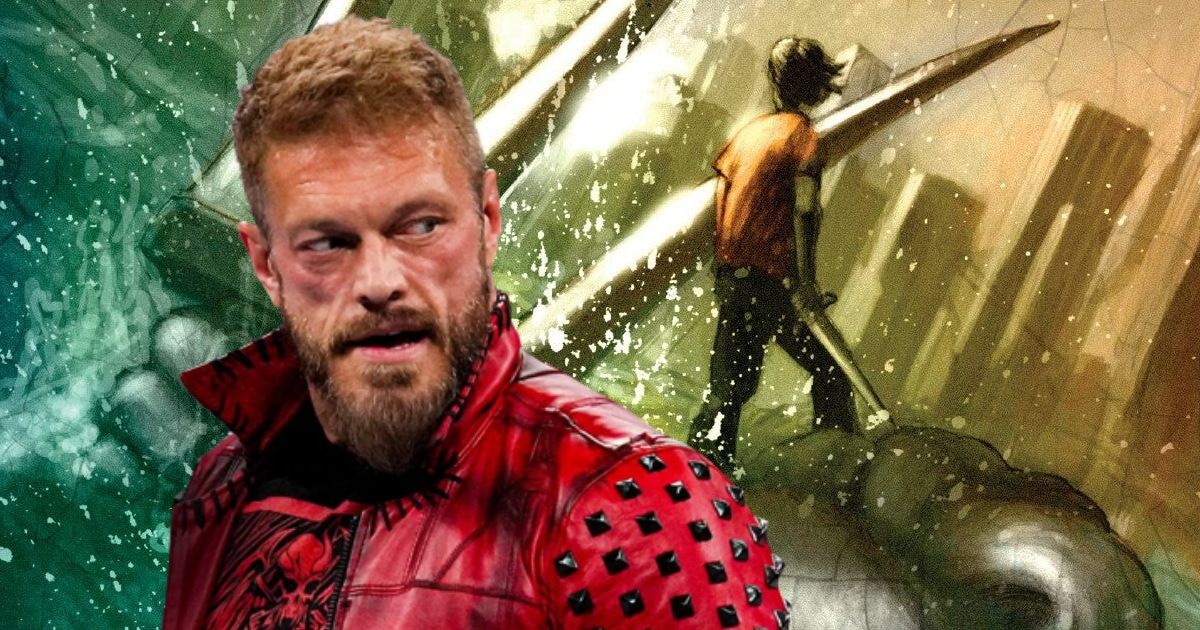 Adam “Edge” Copeland plays Ares, the god of war, in Percy Jackson and the Olympians.

With Percy Jackson and the Olympians moving through production at Disney+, creator Rick Riordan is teasing the performance of one of the series’ cast members. It was previously reported that Adam Copelandthe professional wrestler and actor perhaps best known by his WWE moniker Edge, had joined the cast of the series. He will be playing Ares, a Greek god who appears in the book series, and in a Mastodon post, Riordan spoke about how Copeland’s other career relates well to his role in the show.

The post reads, “Focal an lae: coraí, wrestler, one who practices the sport of coraíocht. I’m thinking about this because of some great scenes Adam Copeland has filmed for us recently as Ares, the god of war. As they used to say on the monster truck rally commercials of my youth: ‘You can pay for the whole seat, but you’ll only need the Edge!'”

While Copeland rose to fame as a WWE Superstar, he had also been working as an actor for various projects over the past two decades, including a notable recurring roles in the shows Haven and Vikings. He previously made his film debut in 2000 by appearing in the sequel Highlander: Endgame with Christopher Lambert and Adrian Paul. He’d later star in the comedy Bending the Rules with Jamie Kennedy as well as the action movie Interrogation with C.J. “Lana” Perry, both from WWE Studios. Copeland also led the cast of the 2020 action film alongside Denise Richards, Kelsey Grammer, and Thomas Jane. His other TV credits include The Flash, Private Eyesand Trailer Park Boys: The Animated Series.

Percy Jackson and the Olympians Will Reboot the Franchise at Disney+

The original book series that the show is based on follows 12-year-old demigod Percy Jackson as he thwarts the attempts of the Titans to destroy the world. Five novels make up the series, having been printed between 2005 and 2009. The series previous inspired the feature film Percy Jackson & the Olympians: The Lightning Thiefwhich was based specifically on the first novel. After the film was released in 2010, it was followed by the 2013 sequel, Percy Jackson: Sea of Monsters. Plans to make more movies fizzled out when that film underperformed. Perhaps the story will fare better when fleshed out as a TV series, and we’ll find out soon enough.

Percy Jackson and the Olympians will premiere on Disney+ sometime in 2024 with a premiere date yet to be announced.