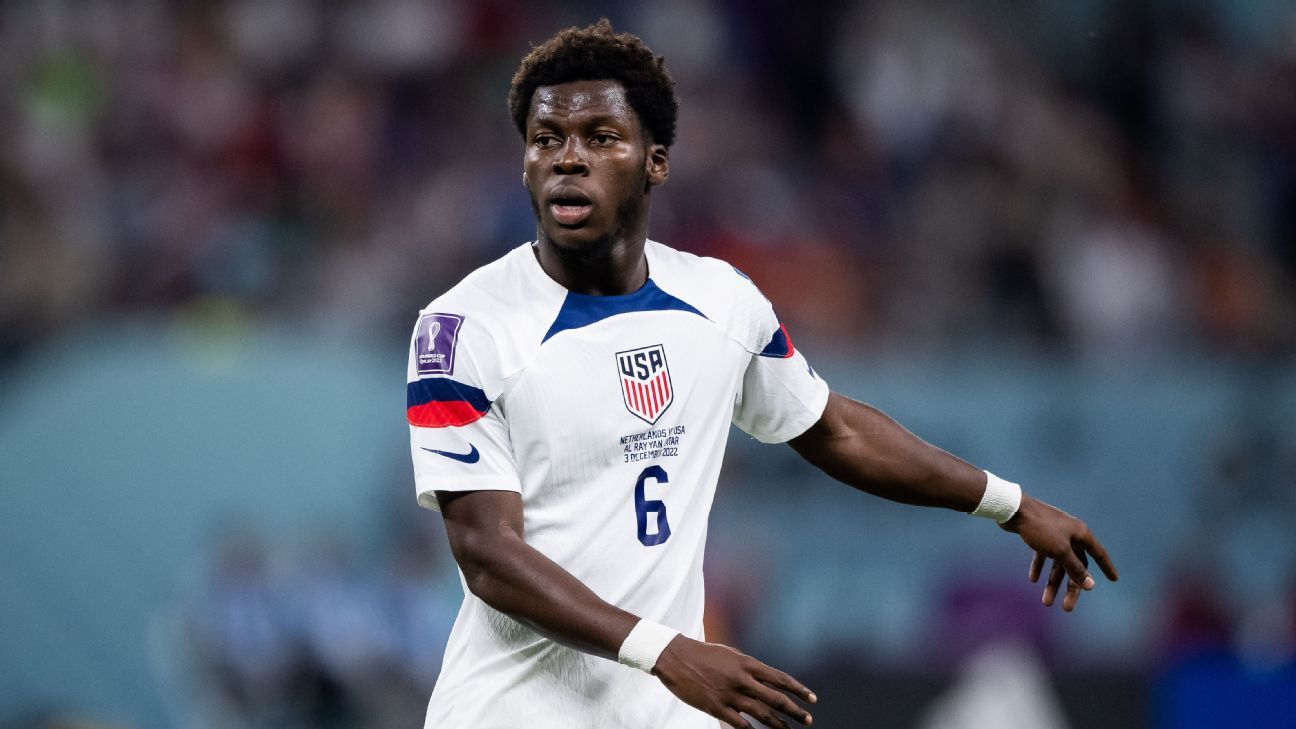 Yunus Musah has been voted the 2022 U.S. Soccer Young Male Player of the Year after logging the most minutes and starts for a teenager in team history, as well as playing a vital role at the 2022 World Cup in Qatar.

This was the third time Musah was nominated for the award after making his senior international debut for the U.S. in 2020, and he secured a whopping 83.9% of the overall tabulated votes, followed by Paxten Aaronson (8.8%) and Diego Cooking (3.4%).

Musah was informed of the honor through a surprise video call from four-time World Cup veteran DaMarcus Beasley, who won the award in 2001 as a 19-year-old.

“It feels crazy to think out of all people that I was the one chosen to be the Young Male Player of the Year,” Musah said. “To get this award is really huge. I’ve said it many times — I’ve had the trust from the manager, the team, the U.S. to play so many games at this young age. It shows me that I just have to carry on the way I’m doing, keep being humble and keep working hard to try and be more. As a player, you just want to keep improving.”

Musah started all four matches for the United States in Qatar alongside captain Tyler Adams and Weston McKennie. The Valencia midfielder became the first teenager to start a World Cup match for the U.S., as well as the first to appear in multiple matches, as he logged 345 minutes out of a possible 360 during the tournament.

Before his 20th birthday on Nov. 29, the day of the USA’s knockout round-clinching victory vs. IR Iran at the World Cup, Musah’s 1578 minutes played and 20 starts set new records for a teenager with the USMNT, while his 21 caps equaled the previous mark set by Jozy Altidore and Christian Pulisic.

With Spanish La Liga side Valencia, Musah made 39 appearances while netting one goal and adding two assists across all competitions in 2022. He became the second U.S. international to appear in the Spanish Copa del Rey Final, coming off the bench in Valencia’s penalty shootout defeat to Real Betis.

“To the fans from when they started the ‘Can’t spell Musah without USA thing’, through qualifiers and the World Cup, I feel like the fans have been behind me for so long — since before I even did anything in football,” Musah said. “As we went on playing games and they enjoyed the way I was playing and everything — I’d just like to say thank you for their unbelievable support and their trust since day one. The fans of the USMNT are great and I love them.”

Votes for U.S. Soccer Male and Young Male Player of the Year Awards are collected from respective National Team coaches, National Team players who have earned a cap in 2021, members of the U.S. Soccer Board of Directors, U.S. Soccer Athletes’ Council, professional league (MLS and USL) head coaches, select media members and former players and administrators. For the second time, fans were able to vote for the U.S. Soccer Player and Young Player of the Year Awards with those votes weighted at 15% of the total.