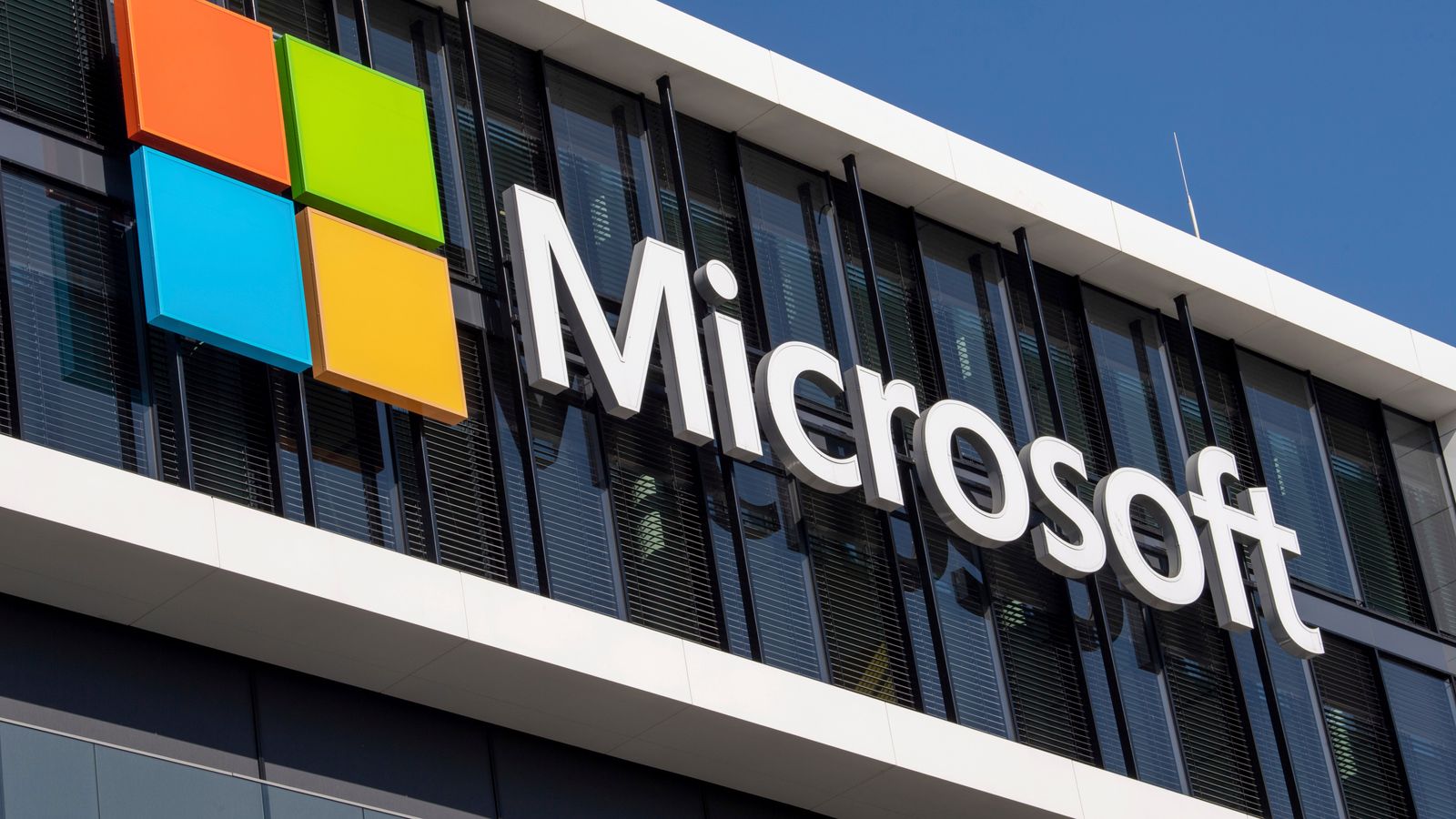 Microsoft has confirmed plans for 10,000 job cuts across its global operations as the US tech sector continues to adapt to the tougher economy.

Sky News revealed on Tuesday how Microsoftwhich employs more than 220,000 people including 6,000 in the UK, was finalising plans for the layoffs as sales growth is knocked by increased caution among consumers and businesses.

The company refused to outline how many UK roles would be affected when contacted by Sky News.

Those losing their jobs would learn their fate from Wednesday, the company’s announcement added, with the cuts due to be completed by the end of March.

In a note to employees, chief executive Satya Nadella said the layoffs, affecting less than 5% of the workforce, were the result of a drop in investment amid fears the US and other key growth markets are heading for recession.

Nadella said customers wanted to “optimize their digital spend to do more with less” and “exercise caution as some parts of the world are in a recession and other parts are anticipating one.”

He added the company would continue to invest capital and talent in strategic areas, like AI and a service
offering OpenAI’s ChatGPT, a futuristic chatbot that has captivated Silicon Valley.

“The next major wave of computing is being born with advances in AI, as we’re turning the world’s most advanced
models into a new computing platform,” he said.

The company is due to update investors on its financial performance next week.

In recent weeks, a slew of large tech companies have wielded the axe, with Amazon disclosing plans this month to cut 18,000 jobs, or about 6% of its workforce.

Salesforce, the cloud software provider, said it would cut 8,000 jobs, while Meta, the owner of Facebook, is reducing its workforce by approximately 11,000 roles.

Big technology companies have been forced to respond to signs of a global economic slowdown, with many having recruited tens of thousands of additional employees during the pandemic.