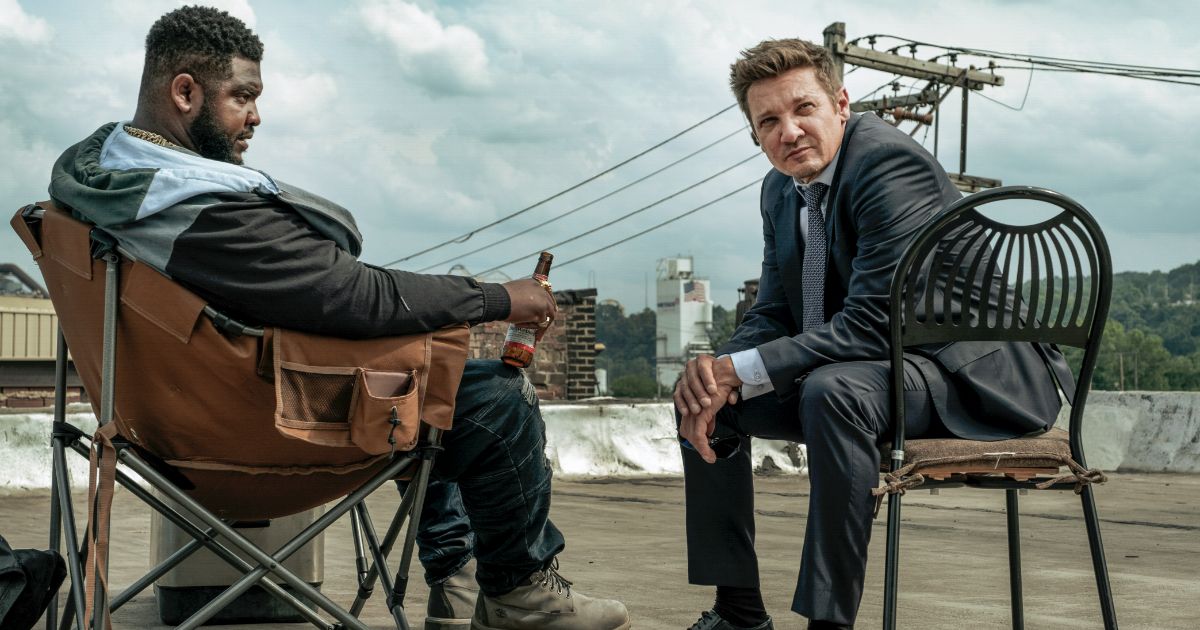 Series creator Taylor Sheridan’s take on the American prison system is back with a vengeance. Mayor of Kingstown maintains the same level of dark and unpredictable brutality that defined the series during its first season. The hierarchy of power in Kingstown, both in and out of the prison, has been shattered into pieces, leaving the police, inmates, and gang leaders to pick up the shrapnel. Jeremy Renner possibly delivers his best performance yet as Mike McLusky, a mediator between the inmates at the Kingstown prison facility and the local police. Mayor of Kingstown is an incredibly unique series with a fantastic supporting cast, plot, and cinematography as the all-new season debuts with a promising start.

The season premiere begins with Mike McLusky (Renner) leading a blindfolded Iris (Emma Laird) out to the middle of a lake, where a luxurious sailboat awaits them. As it appears, Mike just wanted to surprise her with some quality time on the lake. Captain Kareem Moore (Michael Beach), leader of the Kingstown prison guards, is huddled in the basement of his home. As he is obviously suffering from PTSD after being badly beaten and strung up during the riot. The city of Kingstown’s new, makeshift prison is an outdoor encampment of tents and beds cobbled together beside an old ironworks.

The Bloods and Crips beat each other to death in the yard, and the guards let it happen because there’s a power vacuum at the prison. Every inmate gang leader died in the riot, so the yard, the chow, the gym—whatever currency the inmates can control—are all up for grabs. With the consequences of no leadership structure, Kingstown is in flux, and it’s not a pretty site. The war between the Bloods and Crips has migrated from the prison to the streets, where a drive-by shooting ends with one gangster dropping a murderous pit bull through the sunroof of another gangster’s car.

On a tip from the rival Bloods, SWAT Leader Robert Sawyer (Hamish Allan-Headley) leads a raid on a Crip cookhouse, unaware that the shop and the drugs belong to Bunny (Tobi Bamtefa). This is a huge mistake as Bunny has been a friend to Mike and the cops and is the only gangster keeping the peace at the moment. Miriam McLusky (Dianne Wiest) returns to her workplace at the women’s prison to continue teaching. The entire prison is on lockdown, and Miriam’s lecture on self-reliance is not landing due to a group of heavily armed corrections SWAT stalking the classroom like vultures.

Kareem is undergoing a mandatory mental health screening before returning to duty. We learn that two other prison guards told the Bureau that they were sexually assaulted by a group of inmates during the riot, and they witnessed Kareem being sexually assaulted as well. Kareem denies it, and the doctor clears him for duty. But on his first day back, the other guards arrange for Kareem to take vengeance on three inmates that were supposedly his attackers. He goes wild, beating them to death with a baton and the butt-end of a rifle.

Mike and Bunny reunite on the roof of a cell phone shop, where Bunny recently stole back from the Bloods. Bunny’s understandably angry about the raid as he originally called a truce with the cops, and they’ve broken it. Mike urges him to pick new inmate gang leaders, but all the heirs-apparent were killed during the riot. Bunny warns that leaders rise by bagging a trophy, so gangsters will be “badge-hunting,” or trying to kill a cop, in order to take power.

Putting the Genie Back in the Bottle

Mike and the rest of the guys meet for a coffee-fueled post-mortem, and the outlook on Kingstown’s future isn’t looking so good. There is no AdSeg (maximum-security solitary confinement) at the new encampment. The Mexicans are positioned to take over the yard as the Bloods and Crips are at each other’s throats. The whites were hit the hardest during the riots, having lost Duke (Andrew Howard) on the outside and their commanders on the inside. The inmates also burned medical and dental records and destroyed prison servers, so the cops are still trying to identify bodies.

Mike learns that the infamous Russian mobster, Milo Sunter (Aidan Gillen), was not identified among the dead and has possibly escaped the prison during the riots. The Coroner’s Office is overflowing with still-unidentified bodies, and District Attorney Evelyn Foley (Necar Zadegan) is dealing with a huge aftermath disaster. The prison death count is 197 (plus 33 dead guards), and there are 724 active criminal investigations resulting from the riot. She’s seen all the bodies and claims none of them are Milo Sunter, who is known as the most notorious criminal in all of Michigan. Mike urges her to issue an escaped inmate alert as he grows concerned for Iris’ safety.

Related: The Last of Us Premiere Review: A Faithful & Visceral Adaptation of the Blockbuster Video Game

Mike has a curious exchange with an elderly man, who attaches a small scroll message to a homing pigeon to deliver to his son in Detroit. The scene is a hint that Mike’s weakness is indeed his attachment to Iris. With the recent news of Milo’s escape, Mike is desperate to get Iris into Witness Protection. He arranges for two FBI agents to pick her up, and she reluctantly goes with them. She takes it badly, realizing that she and Mike won’t be able to have any contact with each other.

At last, we see Kyle McLusky (Taylor Handley), who’s taken a new job upstate. He’s patrolling the waters of Lake Huron, between Michigan and Canada, with a senior officer. They board a suspicious-looking vessel, and Kyle treats it like a drug bust. But the Canadians onboard are just trying to jump the tariff on their imported maple syrup. Miriam buys a bottle of Red Label after a hard day’s work, and a teenage boy mugs her outside the liquor store.

Iris is now at a safe house somewhere in Kingstown with the Witness Protection agents. She overhears that Milo has likely escaped prison and decides to escape. She’s convinced that Mike is the only person who can protect her. The episode ends with Iris back in Mike’s office, demanding to know the truth about Milo.

The season premiere of Mayor of Kingstown is now available for streaming exclusively on Paramount+with new episodes arriving weekly on Sundays.