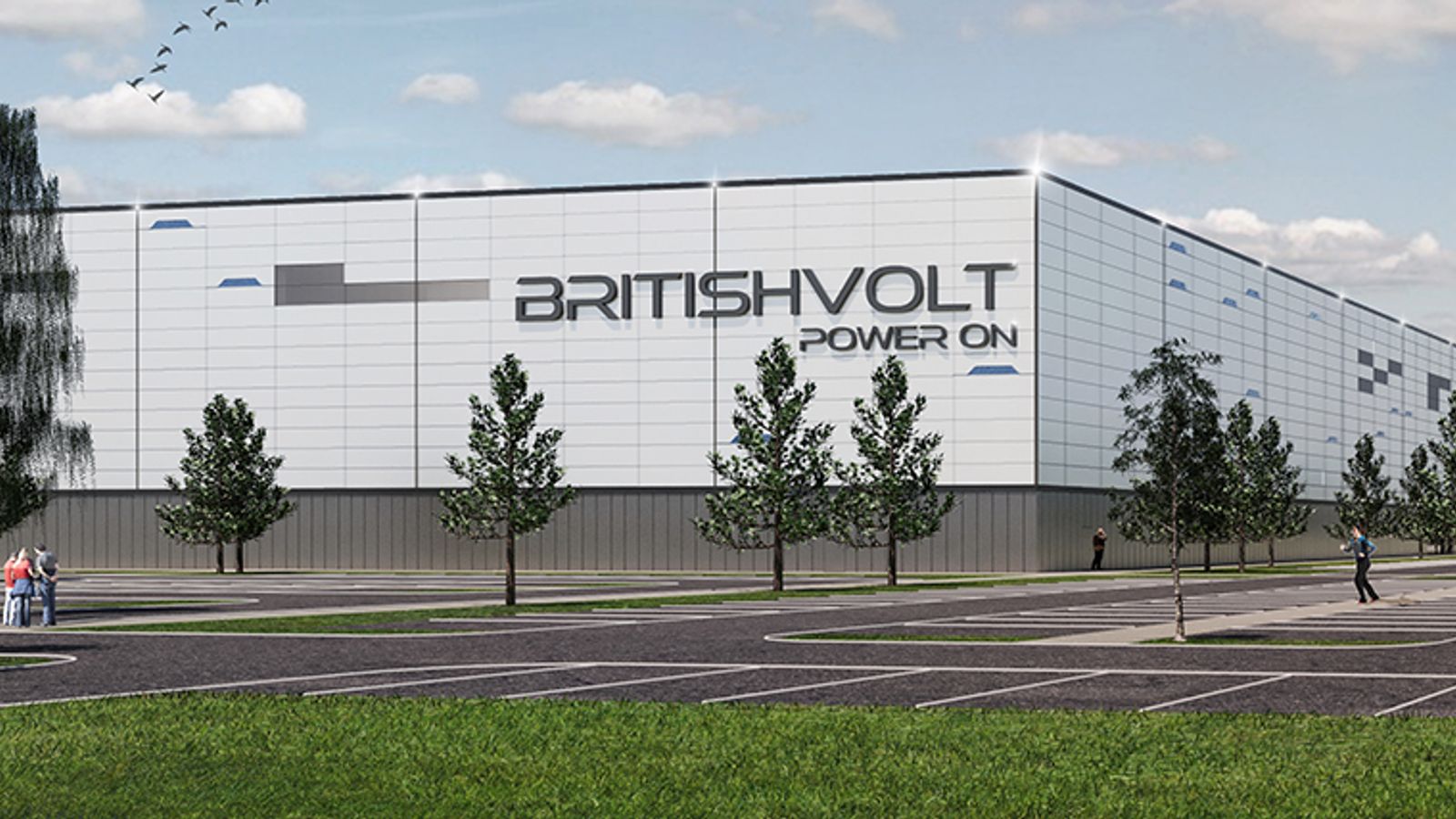 The majority of Britishvolt’s 232 staff have been made redundant, administrators said, after the group made an application for administration to the courts on Tuesday.

It followed talks with investors over a possible sale to keep the firm afloat. A remaining 26 staff are being kept on to assist with the sale of the company’s business and assets.

Britishvolt has been on the brink of collapse since £100m of promised government funding to build a planned battery gigafactory was delayed due to key targets for the investment being missed.

The move will have implications for Britain’s vehicle manufacturers, which experts say need battery factories to stop much of the country’s car production from shifting to mainland Europe.

A Department for Business, Energy and Industrial Strategy spokesman said: “As part of our efforts to see British companies succeed in the industry, we offered significant support to Britishvolt through the Automotive Transformation Fund on the condition that key milestones – including private sector investment commitments – were met.

“We remained hopeful that Britishvolt would find a suitable investor and are disappointed to hear that this has not been possible, and therefore no ATF grant has been paid out.

“Our thoughts are with the company’s employees and their families at this time, and we stand ready to support those affected.

“The UK is one of the best locations in the world for automotive manufacturing, and we want to ensure the best outcome for the site. We will work closely with the local authority and potential investors to achieve this.”

Unite the union said that Britishvolt going into administration could be “potentially catastrophic” for both the North East and UK’s automotive transition.

Britishvolt chief executive Graham Hoare told Sky News in November that staff agreed to a “substantial” temporary pay cut as it continued to weigh up its financial future.

The £3.8bn gigafactory project, in the Port of Blyth, Northumberland, was backed by £1.7bn of private funding. But the private finance was offered up on the condition that much of that sum would only be unlocked when the government aid was paid.

Analysis: Britishvolt collapse should spark debate on whether it was actually needed

It is understood that, last year, the Department for Business, Energy and Industrial Strategy (BEIS) believed that the company had not met certain criteria for the £100m payment to be handed over, forcing it to seek cash elsewhere.

Britishvolt’s ambitions were praised by former prime minister Boris Johnson, who said the factory will “boost the production of electric vehicles in the UK”, and cement the country’s place “at the helm of the global green industrial revolution”.

But in October last year, Labour said the government was clearly to blame for the company’s financial troubles.

Shadow business secretary Jonathan Reynolds said at the time: “It is a sight that has become all too familiar – businesses going under, jobs being lost and investment in the industries of the future going abroad rather than the UK.”