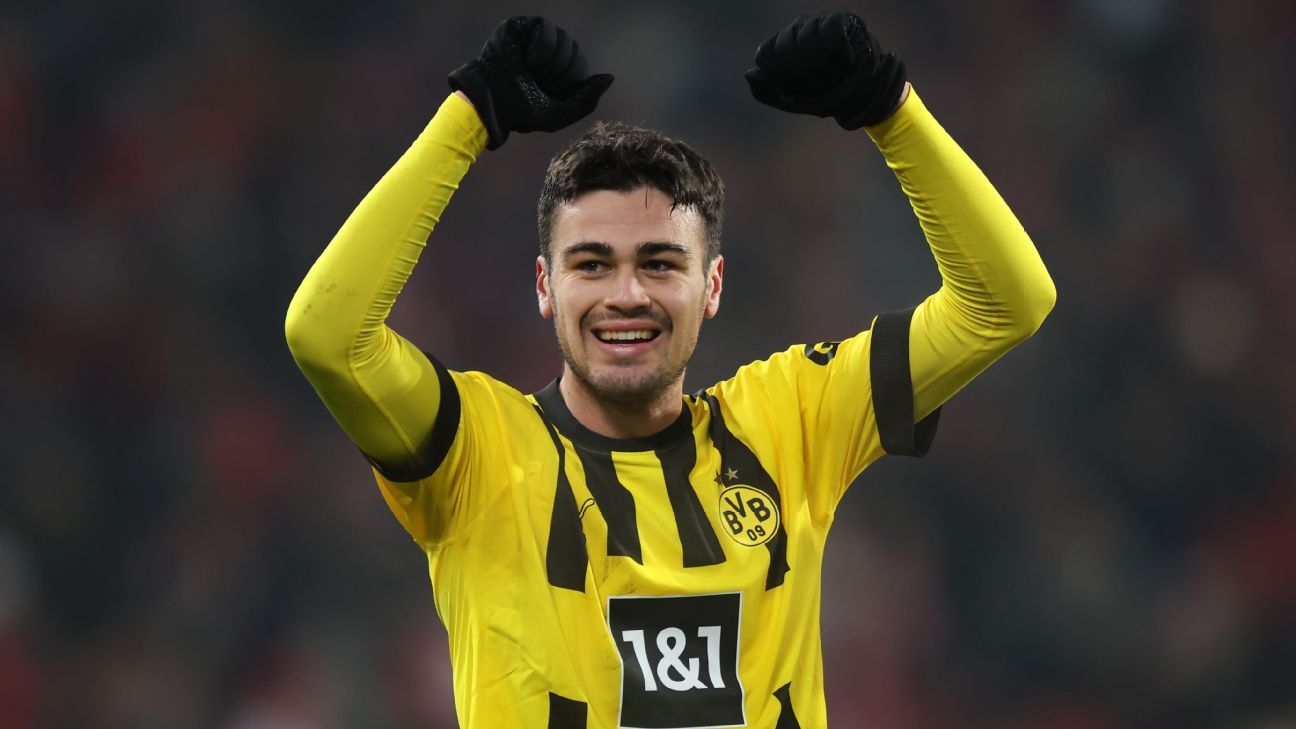 Borussia Dortmund substitute gio reyna tapped in a stoppage-time goal to give his team a 2-1 victory at Mainz 05 on Wednesday and lift them back into third place in the Bundesliga.

After a lacklustre performance, Dortmund appeared to be heading for a 1-1 draw before Sebastian Haller headed on their first corner of the second half and Reyna stabbed it in at the far post.

The visitors, who have conceded eight goals in their last three league matches, quickly fell behind when unmarked Lee Jae-sung headed in a corner at the near post in the second minute.

New Dortmund signing Julian Ryerson levelled two minutes later with a heavily deflected shot from outside the box but there was little else to come from Dortmund in attack.

They did have a few efforts on goal by Karim Adeyemi in the second half but never really threatened and ended up surviving some late pressure from Mainz, who had their best chance when Anton Stach’s low drive flew just wide in the 88th.

Reyna then stepped up to give his team three points and lift Dortmund, who face Chelsea in the Champions League Round of 16 next month, up to third on 31 points, five off leaders Bayern Munich.