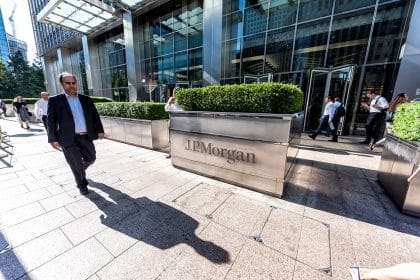 Jamie Dimon believes that if the United States ends up in a recession, the Fed might end up raising rate hikes as high as 6%.

During his latest interview with CNBC, JPMorgan chief Jamie Dimon shared his views on the current economic outlook while adding that he expects the interest rates to go much higher than Fed’s current projection.

Dimon believes that as inflation remains stubbornly high, the Fed could be forced to raise rates beyond 5%. Speaking from the World Economic Forum from Davos, Switzerland, on Thursday, Dimon told CNBC:

“I actually think rates are probably going to go higher than 5% … because I think there’s a lot of underlying inflation, which won’t go away so quick”.

In order to battle persistent inflation, the Federal Reserve has already raised the benchmark interest rates to 4.25-4.5%. These are the highest rates over the last 15 years. During the December meeting, the “terminal rate” where the Fed is likely to end any further hikes was supposed to be 5.1%.

During the month of December 2022, the consumer price index (CPI) jumped by 6.5% from a year ago. However, this was the smallest annual increase in over a year since October 2021. But Dimon believes that the recent easing of inflation is due to temporary factors such as the pandemic-driven slowdown in China and the pullback in oil prices. Commenting further, he added:

“We’ve had the benefit of China’s slowing down, the benefit of oil prices dropping a little bit. I think oil gas prices probably go up the next 10 years … China isn’t going to be deflationary anymore.”

However, the aggressive rate hikes have already fueled concerns regarding an impending US recession. But as the labor market and the consumer market remains strong, the Fed still feels the need to raise interest rates.

What If the US Enters a Recession?

Speaking on the matter, JPMorgan’s chief stated that if the US were to enter a recession, the interest rates could rise to 6%. However, he notes that it would be hard for anyone to predict economic downturns.

“I know there are going to be recessions, ups and downs. I really don’t spend that much time worrying about it. I do worry that poor public policy that damages American growth,” added he.

While Jamie Dimon shared his views over the Fed action going ahead, he didn’t shy to lash out at Bitcoin once again. Dimon, who has been an ardent critic of Bitcoin and crypto in the past, noted that Bitcoin itself is a ‘hyped-up fraud’.

JPMorgan itself has been doing good and last week, the bank reported its fourth-quarter earnings and revenue while beating the Street expectations. “Our lines of business performed well in the quarter, and we continued to see momentum in our areas of strategic focus,” Dimon said.

On Wednesday, January 18, the JPMorgan (NYSE: JPM) stock came under selling pressure dropping by 3% and ending the trading at $136.