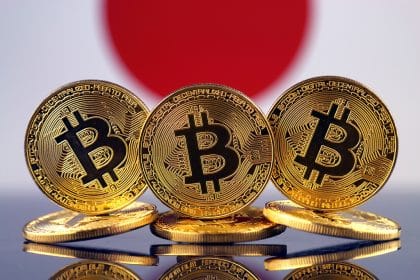 Japan is also using its position on the International Financial Stability Board to push for global regulations of the cryptocurrency industry.

Japanese financial regulators have urged their counterparts globally to toughen crypto regulations, according to a Bloomberg report. The call was made by the Deputy Director-General of the Financial Services Agency’s Strategy Development and Management Bureau, Mamoru Yanase while speaking about FTX Japan.

Recall that last week, the Delaware Bankruptcy court handling the FTX Bankruptcy case agreed to the sale of FTX Japan and three other assets. Following this, 41 companies showed interest in the sale, including Monex. Monex CEO, Oki Matsumoto, believes buying FTX Japan will reduce the competition in the local market.

Yanase noted that the FTX subsidiary’s assets have been separated from the rest of FTX. He stated that the Japanese regulator is communicating closely with FTX Japan and the firm will resume withdrawals in February.

Yanase noted that the problem wasn’t with cryptocurrencies themselves, but with how they have been regulated thus far. This position is in stark contrast with that taken by some of his US counterparts who believe crypto is the problem. Instead, Yanase stressed the need to regulate and supervise crypto entities like traditional financial institutions.

Yanase urged U.S. and European regulators to enforce similar regulations for crypto institutions as for banks and brokerages. He asserted that countries need to implement consumer protection measures for crypto exchanges. Contrarily, he noted that measures relating to auditing, disclosure, governance, internal controls, and preventing money laundering should be implemented for crypto brokerages.

Meanwhile, Japan is also using its position on the International Financial Stability Board to push for global regulations of the cryptocurrency industry.

Despite the calls for stricter regulations, Japan is generally perceived as a crypto-friendly clime. It has few measures restricting cryptocurrency. Recently, Japan also announced plans to remove its ban on foreign stablecoins. Whatever the case, tougher crypto regulations will only strengthen the crypto sector. It may also raise investor confidence in the otherwise volatile market.

An experienced writer with practical experience in the fintech industry. When not writing, he spends his time reading, researching or teaching.