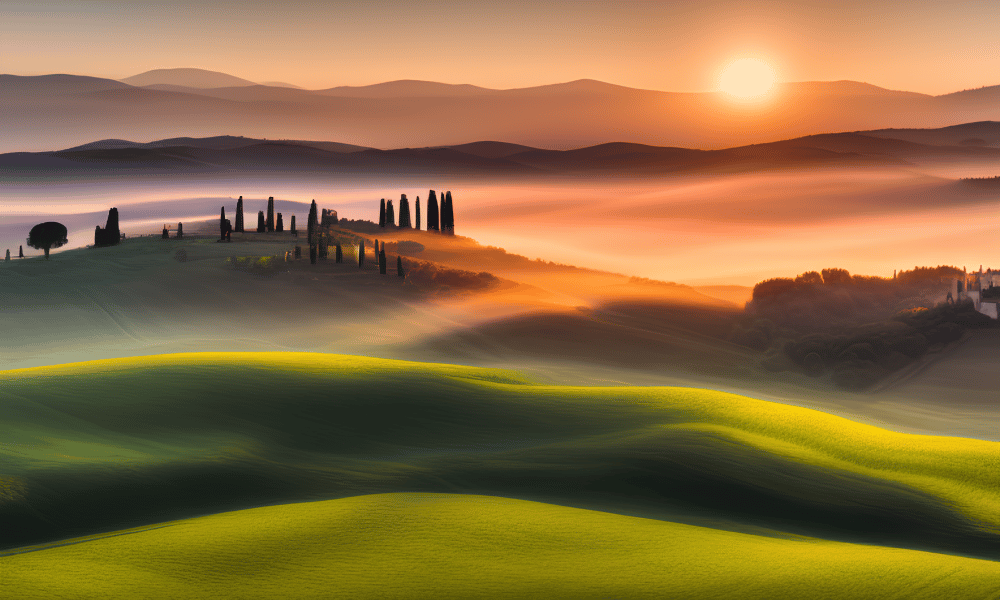 Solana [SOL] got a bad rep in 2022 as one of the most disrupted blockchain networks. Fast forward to the present, and the narrative is gradually changing in the network’s favor.

Solana has kicked off 2022 as one of the fastest growing developer ecosystems in 2022. This is according to a report prepared by Electric Capital on 17 January. According to the update, the number of developers working on Solana crossed the 2,000 mark in 2022. In addition, developer count grew by 83% between December 2021 and December 2022.

1/ A new report by @ElectricCapital shows that Solana is the fastest growing developer ecosystem, surpassing 2,000 total developers in 2022. It’s second in raw numbers only to Ethereum.

Not all well with Solana

However, Solana investors should not mistake this announcement for a sign that development activity had increased exponentially. On the contrary, the metric dropped substantially during the last 12 months as a result of the bear market’s impact. The same applied to the development activity’s contributor’s count.

Aside from the number of developers, Solana recently experienced a surge in the adoption of priority fees and local fee markets. This was observed at the dApp and wallet levels across the network.

Why is this important for SOL holders? It underscores an increase in urgency or priority for those requiring such services, which means there is significant traffic.

Priority Fees and Local Fee Markets are seeing rapid adoption across the network at the wallet and dapp level. But what are priority fees? How do local fee markets work?
Read more
👇 https://t.co/fpgY1IM1Rx

In other words, Solana was experiencing organic growth at press time. Perhaps the challenges faced last year have demonstrated resilience and thereby supported adoption. But how does this affect SOL’s performance?

Can SOL sustain its rally?

Looking at SOL’s social dominance metric revealed that its strongest four-week surge occurred towards the end of December. There have been other numerous social dominance spikes that may indicate renewed interest. Unsurprisingly, SOL’s trading volume has been growing for the last four weeks.

SOL’s strong volume did result in a sizable price rally before the volume dropped off significantly in the last few days. As a result, the price also experienced some slippage since mid-January. It traded at $22.37 at press time, which represented a 10.33% drop from its current monthly high. 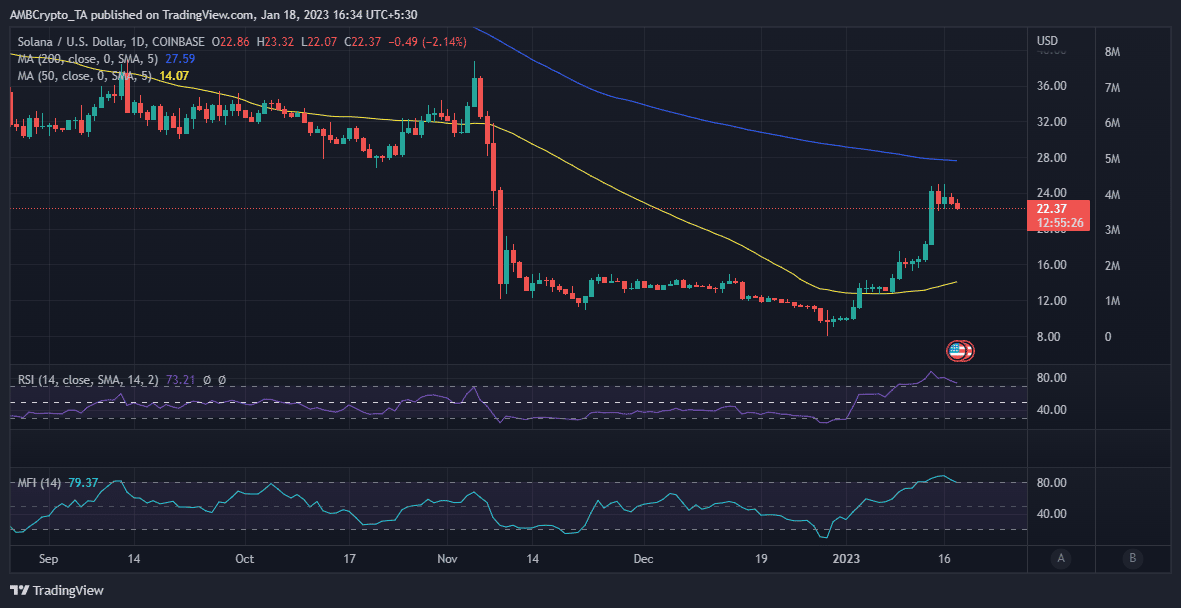 SOL’s price action was going through a bearish retracement at press time after a robust rally in the first half of January. With the next move still in the realm of uncertainty, Solana was in a healthier position, especially with the strong developer backing.