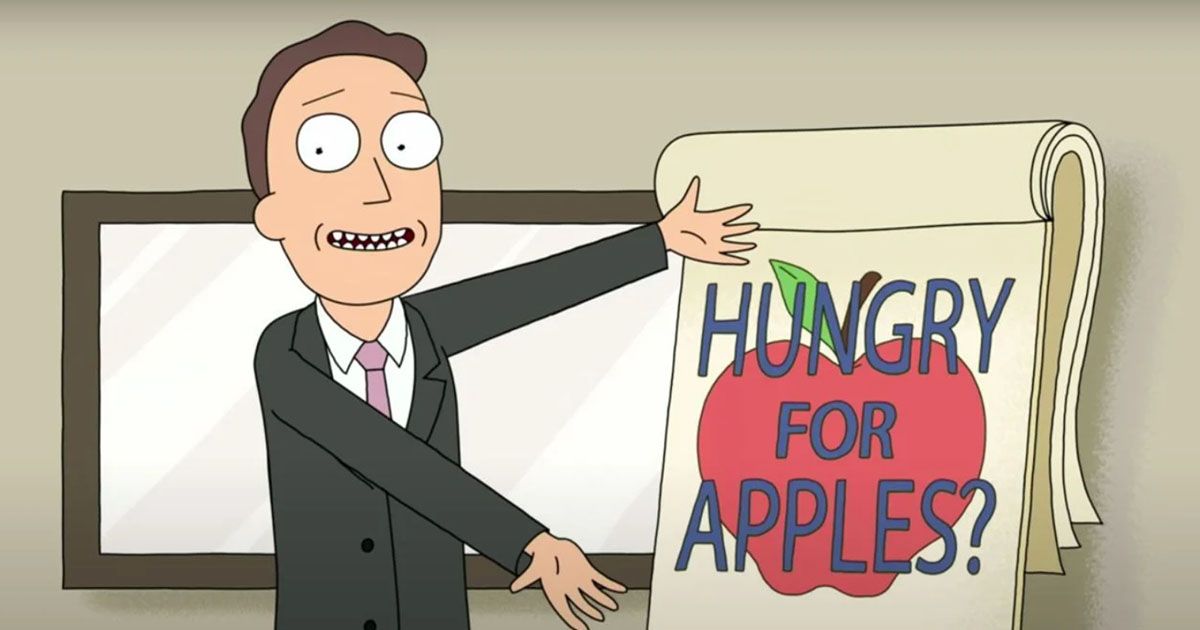 Rick and Morty is one of the most popular shows of our times. The deeply satirical series is filled with loads of dark humor and a surprising amount of philosophical subtext. Easily the most charismatic character on the show is the titular Rick Sanchez, the smartest man in the universe. Rick loves to go on interdimensional adventures along with his grandson Morty, who is often deeply reluctant to get involved in his grandfather’s dangerous shenanigans.

After six seasons, the dynamics of the relationship between Rick and Morty has undergone significant change. Other supporting characters have also seen a lot of growth. Chief among them is Jerry Smith, Morty’s hapless father and all-round average guy. Let us explore how, over time, Jerry has evolved from being the butt of every joke to the emotional center of the entire series.

Our very first introduction to Rick Sanchez in the first episode of the show was him drunkenly bursting into Morty’s room at night threatening to blow up the entire planet with a hastily-assembled sci-fi bomb. That introduction was the perfect setup for the world of Rick and Morty. It is a terrifying world where Rick reigns supreme as a belligerent, alcoholic, deeply nihilistic central figure who is just as liable to blow up the world as save it.

Despite Rick being a deeply fascinating character, he is simply too overpowered to be the main lead. No problem is too big for Rick to handle, which means there is little personal growth he can engage in because there is very little for him to overcome. Instead, it is Morty who is treated as the main character of the series. A constantly-terrified lead who must face all sorts of physical and existential challenges in his role as Rick’s reluctant sidekick.

Morty is Becoming a Mini-Rick

In the beginning, Morty was the perfect foil for Rick, incompetent and cowardly in all the ways Rick was gifted and fearless. But there was only so many times Morty could stare death in the face and remain unchanged. Gradually, Rick’s influence started rubbing off on Morty. He started becoming much more adept at handling life-and-death situations, and became almost as efficient as Rick at handling the latter’s arsenal of immensely powerful weaponry.

RELATED: How Rick and Morty Season 6 Is the Most Meta Yet

This change is clearly underlined in the Season 5 episode “Mort Dinner Rick Andre,” where Morty has finally had enough, and he single-handedly takes out an entire village of warriors baying for his blood using Rick’s weapons and his own fighting skills. In that moment Morty stops being the scared little boy he was in the first few seasons. Now he is much more of an equal to Rick, experienced, cynical and jaded. Which means Morty can no longer be the wide-eyed protagonist who acts as a surrogate for the audience through whom they can view Rick’s world with fresh eyes.

Jerry Used to be the Butt of Every Joke

Right from the first season, Morty’s dad Jerry was defined by his utterly pathetic lifestyle. He was stuck in a loveless marriage, but too timid to walk away. He put up with Rick’s constant belittling and jabs aimed at Jerry’s lack of intelligence and manliness. Even when Jerry’s own kids Morty and Summer started insulting him to his face, Jerry could only look on with helpless sadness and resignation.

At first the audience was supposed to laugh at Jerry’s sad sack life, and his utter lack of “badass” qualities compared to Rick. But with each new season, it became more and more clear that Rick is not the hero. He is a selfish monster who has destroyed multiple worlds for various petty reasons, and Rick’s intelligence, arrogance, and utter disregard for the safety or feelings of others leads to misery for himself and anyone who is unlucky enough to be in his sphere of influence.

Over time, Jerry took Morty’s place as the perfect foil for Rick. If Rick was perpetually plotting and brooding, Jerry was happy-go-lucky, content to live in the moment and tend to his bee farm instead of looking for new worlds to conquer. More and more it became clear to fans that Jerry’s worldview was far more healthy and well-adjusted than Rick’s, even if it was less exciting.

The show also found little ways to give respect to Jerry after years of beating him down in every way. Sure, Jerry was still a source of comedy, but he was increasingly depicted as a human being on an emotional journey rather than the guy who gets made fun of by everyone else. No better example of this exists than the episode “Analyze Piss,” where Jerry gets to go on a hero’s journey of his own.

While Jerry is a much more respectable character nowadays, he is still a thoroughly ordinary and mediocre person in ways Morty no longer is. This makes Jerry the perfect person to play the role of the surrogate audience in Rick’s world. Jerry’s surprised and confused reactions to Rick’s lunatic schemes are a highlight of later seasons, and audiences are increasingly finding themselves rooting for Jerry to come out on top at the end of each episode, because coming out on top for Rick might mean killing an enemy or destroying a new world, but for Jerry it just means getting to live another day of peace and contentment with his family.