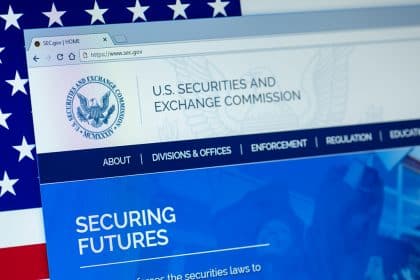 The SEC has reportedly violated its own privacy act while disclosing information of miners on the Green blockchain network.

During their recent investigation, the United States Securities and Exchange Commission (SEC) reportedly leaked the names and email addresses of all the crypto miners connected to the blockchain firm Green.

On Tuesday, January 17, the Washington Examiner reported that the SEC unintentionally included 650 names and email addresses of miners during its email communication with Green. As a result, it left the blockchain’s nodes vulnerable to hacks. Since then, the securities regulator has been reaching out to Green users regarding their purchases of the blockchain firm’s products. The SEC website notes:

While hackers have been always targeting centralized exchanges for getting their customer information, such unintentional leaks by government officials haven’t appeared in the past.

Post major collapse during the crypto winter of 2022, the US SEC has turned aggressive in its approach to the crypto crackdown. The securities regulator has executed several crackdowns over the last year and critics have often called out the agency for taking a “regulation by enforcement” approach.

Last month, the SEC also involved itself in the case of the collapse of the crypto exchange FTX alleging the violation of the anti-fraud provision of the securities laws.

The US Securities and Exchange Commission (SEC) has been putting up growing attention to the developments taking place in the crypto market recently. The crypto mining firms have been on their radar as they face severe headwinds due to the collapse of the crypto market last year.

In the latest development, the SEC has charged both – Genesis and Gemini – over the allegations of violating the securities laws through the sale of unregistered securities.

“Today’s charges build on previous actions to make clear to the marketplace and the investing public that crypto lending platforms and other intermediaries need to comply with our time-tested securities laws. Doing so best protects investors. It promotes trust in markets. It’s not optional. It’s the law,” they noted.