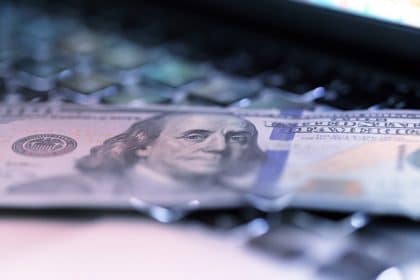 Embattled crypto exchange FTX fingered a $415 million hack from November as part of assets recovered to pay off creditors.

Fallen crypto exchange FTX has identified a $415 million crypto hack as part of the $5.5 billion worth of digital assets for recovery. In a statement, the exchange’s new CEO, John Ray III, said it took extensive investigative efforts from the team to achieve this revelation.

In a statement on Tuesday, Ray noted:

“We are making important progress in our efforts to maximize recoveries, and it has taken a Herculean investigative effort from our team to uncover this preliminary information.”

In addition to the $415 million hack that FTX tries to recover, the bankrupt company is also examining another possible asset recovery. According to reports, FTX’s advisors are reviewing a $2.1 billion share repurchase payment from the exchange to rival Binance in Q3 2021. Although Binance was FTX’s first outside investor, the Changpeng Zhao-led firm eventually sold its stake back to FTX in 2021.

Zhao trusted his lawyers when asked whether the potential $2.1 billion clawback is part of FTX’s bankruptcy proceedings. He said, “I think we’ll leave that to the lawyers. I think our legal team is perfectly capable of handling it.”

Lawyers and advisors representing FTX debtors updated recovery-bound identifiable total liquid assets in a presentation titled “Maximizing FTX Recoveries.” The total value of said recoverable assets is $5.5 billion, including “unauthorized third-party transfers” of $323 million of the international business – FTX.com. In addition, the $5 billion ballpark figure identified by the FTX debtor legal team also includes $90 million from FTX US. Furthermore, the embattled crypto exchange alleges that it lost another $2 million in crypto belonging to sister firm Alameda Research. According to FTX, this missing crypto ties to the November hack of its systems following its dramatic collapse.

At the time of the hack, the stolen FTX crypto was $477 million in value, according to blockchain analytics firm Elliptic. Also, despite the recent spate of asset recoveries, FTX did not estimate total liabilities. Since early November, the bankrupt exchange’s FTT token has been at a 90% drawdown.

Disgraced former FTX chief executive Sam Bankman-Fried has also been accused of diverting billions of dollars of users’ funds to Alameda Research. These accusations allege that SBF channeled the vast sums to the liquidity-based crypto trading platform to offset debts. However, the once-celebrated crypto wunderkind has since denied any of the fraud charges against him.

SBF is due in court again on October 2nd when his trial begins, and he faces an eight-count criminal charge. These include wire fraud and misuse of customers’ funds. If found guilty, the once-admired ‘crypto hero’ faces up to 115 years in federal prison.