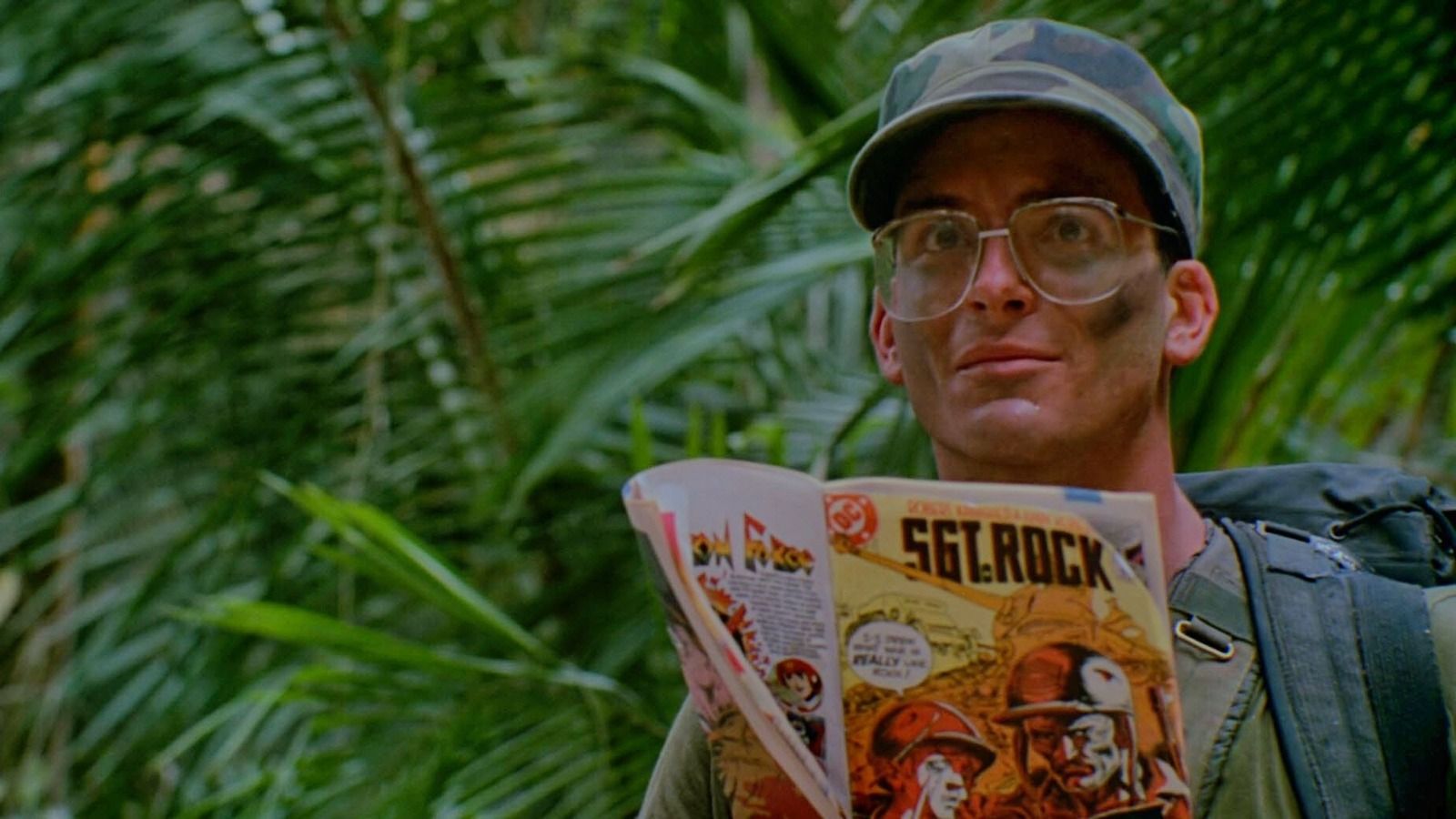 Few Hollywood screenwriters have generated the cult following, enormous paydays and water-cooler-friendly one-liners of Shane Blacka screenwriter whose words settled into our hearts with the release of Lethal Weapon in 1987. He seemed to catch lightning in a bottle in the 1980swith his snappy dialogue, graphic action sequences and some hard-edged characters who quickly became household names. While the box office results of his films did not always live up to the large hype (or larger fees) associated with his scripts, nearly every film he has ever written has found a cult following among the cinemaphiles who still harken back to his halcyon days.

Beyond his immense talent for penning great action films, his quirky turns as an actor in films like Predator and Dead Heat have further fueled his mythos as a Hollywood anti-hero. Add to that Black’s near single-handed resurrection of Robert Downey Jr.’s career in the former’s directorial debut, Kiss Kiss Bang Bangand there are even more reasons for us to fawn over the screenwriting legend. To this day, film nerds still debate Sargeant Murtaugh’s too-old-for-this-ness, the merits of Black’s setting nearly every one of his films at Christmastime, and whether Wolfman does, in fact, have nards. Here are the movies Shane Black has written, ranked.

We should attribute the critical failure of the Arnold Schwarzenegger-driven blockbuster Last Action Hero to the fact that Shane Black merely did a re-write of Zak Penn’s original script, which was then hacked apart by Columbia Pictures before production. Still, no matter how reviled the movie was by contemporaneous critics, Black’s DNA remains firmly ensconced in the final product, a guilty pleasure for the action-minded audience and Arnold fans alike. The list of writers who took a shot at doctoring this script is a virtual who’s-who of Hollywood royalty, from William Goldman to Carrie Fisher, but we like to think that the best parts of the film, the nonsensical comedic action sequences, owe their success to the influence of Black’s draft on the film’s final product.

Possibly the most underrated offering from the Predator franchise, The Predator was one of the few times Shane Black actually directed one of his own action scripts. While not exactly beloved among critics, the movie made well on its budget with a successful theatrical release due largely to Black’s adherence to the intimate, action-ensemble cast idea and the cat-and-mouse theme of the franchise’s original installment. The fact that Black had appeared as an actor in the original film as the potty-mouthed Rick Hawkins only added to the excitement for Pred Heads, who showed up to theaters for one reason only — the non-stop action. Black did not disappoint, as the casting of Boyd Holbrook and Olivia Munn (as well as Keegan Michael-Key’s comic relief) illuminated what has now become a classic script in the Shane Black canon.

If Black’s take on the Lethal Weapon sequel script is to be believed, Executive Producer Joel Silver may have done the film a disservice by making Black’s script, originally titled Play Dirtyinto a more studio-friendly, comedic version. While it’s fun to speculate how Black’s original, darker version of Lethal Weapon 2 may have turned out on-screen, the final product was still an exceedingly fun movie with plenty of laughs provided by Black’s plucky dialogue and the addition of Joe Pesci as the annoyingly-lovable Leo Getz. Lethal Weapon 2 may not be our favorite Black script, but it certainly did well to display some of his comedic chops, and at least stands testament to the push and pull between studio and creatives during the franchise-making late 80s.

Arguably the funniest script on this list, The Nice Guys also marks Black’s most well-executed film. At the time of its creation, Black may have been the only person in Hollywood who understood Ryan Gosling’s potential for comedy, and Gosling’s turn as wannabe-sleuth Holland March produced some hilarious readings of such iconic Black lines as “You know who else was just following orders? Adolf Hitler.” Black utilized Gosling and co-star Russell Crowe as well as any writer has, and introduced us to the prodigal Angourie Rice, penning some of his greatest ever lines for her character, Holly March (most of which fall firmly in the NSFW category).

Known nowadays as much for his $1.75 million payday (a record at the time) for The Last Boy Scout screenplay, this may be Black’s most prototypical work. The screenplay’s irreverence, ultra-violence and complete disregard for the plausibility of its action sequences are the hallmarks that we have grown to love in Black’s screenwriting. Though underappreciated at the time of its release, any 90s action stan knows that The Last Boy Scout belongs high in the ranks of the decade’s many insanely-hyperbolic movies.

Only Shane Black would have the temerity to write a sequence where a pro football running back pulls out a handgun while rushing for the end zone, blowing away his competition and, eventually, himself. Quentin Tarantino himself has even admitted to cribbing Bruce Willis’ Joe Hallenbeck character from Black for his own Butch Coolidge character in Pulp Fiction. To think that Black, Tony Scott and Joel Silver collaborated on the same film still makes action aficionados salivate for what could have been had the film’s production not been a battle of egos. Still, we got a cult classic with all the blood and grit we hope for when we see Shane Black’s name in the opening credits.

Another 90s action movie, another record-setting payday for Shane Black — as the bidding war for this script netted him a cool $4 million dollars. While Black enthusiasts will invariably say he earned every dollar of that fee, The Long Kiss Goodnight was not the box office-boon that New Line Cinema had hoped for, possibly owing to audiences of the time not being ready for a female-driven, hard-boiled action film. Cult lovers of the film, however, couldn’t care less, citing the incredible performances of Geena Davis and Samuel L. Jackson and the laugh-out-loud dialogue.

The studio was clearly making another failed attempt at retrofitting a Black script into a super franchise (look no further than the film’s poster, essentially cut-and-pasted from the earlier Lethal Weapon branding). Sure, it didn’t live up to the hype of Black’s exorbitant payday, but it garners fifth place on this list if only for Davis’ Samantha Caine delivering the most Shane Black line ever: “Life is pain. Get used to it.” We may never get the long-rumored sequel to The Long Kiss Goodnight that we have always hoped for, but we can dream.

It’s nothing less than poetic justice that in 2010 Robert Downey Jr., then one of the biggest actors in Hollywood, hand-picked Shane Black to direct the third installment of Marvel’s Iron Man franchise. It was a return of favor, as less than a decade earlier Black took a chance on Downey Jr. to star in Kiss Kiss Bang Banga film that assuaged major studios’ concerns about casting the down-on-his-luck Downey Jr. in major roles after some notable substance-abuse issues.

Despite his own career lull prior to Iron Man 3, Black did not disappoint — with the movie earning more than $1 billion globally and cementing Iron Man as the marquee superhero in the Marvel Universe. It also ranks as one of Black’s best scripts, co-written by Drew Pearce, and arguably the funniest screenplay of any Marvel movie to date.

While barely earning back its budget at the box office, Kiss Kiss Bang Bang is one of Black’s most beloved films for its perfect marriage of Black’s writing to Downey Jr.’s narrative voice. The film also proved that Black’s talent as a Director was undeniable and made great use of Val Kilmer’s diverse talents at a time when he, too, was mostly forgotten by Hollywood’s taste-makers. It is the most brilliantly-plotted of Black’s films, utilizing a Raymond Chandler-esque murder mystery with dialogue-driven hilarity that reminded audiences just how special Robert Downey Jr. could be as a leading man, and that Black’s cinematic skills extended well beyond the action realm.

While anyone under the age of 40 might convulse at finding The Monster Squad this high in the Shane Black script rankings, any 80s baby worth their salt knows how crucial this movie was to any Halloween sleepover back in the day. Not only did it dare to unite Dracula, Frankenstein, The Mummy and Wolfman into a murderer’s row of movie monsters, it also gave us a glimpse into Black’s prowess as a writer and plenty of giggles to work its way into our pre-pubescent hearts. While it ranks up there with the greatest child ensemble movies of the 80s, its legacy will be forever tied to its most famous line (and the title of a subsequent documentary about the movie): “Wolfman’s got nards?” If you weren’t alive then…don’t ask.

It can be hard to imagine a world without the Lethal Weapon franchise, but there was a time when few knew the name Mel Gibson, fewer still Danny Glover and nobody had heard of Shane Black. The original script for this movie was so good, not even meddling studio executives could have messed it up. Say what you want about Gibson, he was born to play Riggs, a character so close to the edge of insanity that only Black could have figured out a way to make him lovable to audiences. Often forgotten is just how dark and violent the original film was, this being the first time movie-goers became aware of a sponge being used as torture device.

The butchering of Black’s script for the sequel is testament to all the ways screenwriters of Black’s depth should be given carte blanche to execute their ideas, even on an over-the-top studio action film. The fact that this was Black’s first major film as screenwriter is mind-bending, given the zillion ways it has been copied over the years, and how unseasoned a screenwriter Black was at the time. While he may have peaked early with his freshman Lethal Weapon script, he has never ceased to entertain audiences in the subsequent 35 years-or-so he’s been penning movies for our enjoyment.