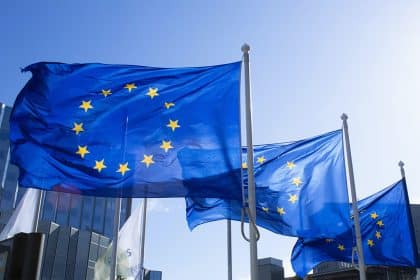 The EU deferred its final MiCA legislation vote for the second time in two months.

The European Union (EU) has postponed the final vote on its Markets in Crypto Assets regulation (MiCA) until April this year. Due to a technical issue, the 27-member state intergovernmental union decided to defer the decisive vote on its highly anticipated crypto ruleset. Reports state that the guiding 400-page legal document could not be translated into the Union’s official 24 languages. It is mandatory that legal documents, such as the MiCA, comply with EU regulations that require publishing in all its 24 official languages.

By default, the Markets in Crypto Assets regulation rule book comes in an English Language draft.

The latest delay in the EU MiCA final vote marks the second occurrence in roughly two months. The supranational political and economic union previously postponed the ultimate vote from November last year to February 2023. The initial delay in November 2022 that resulted in a deferment to early 2023 was also due to translation issues. The recent delay implies that financial regulators in Europe must wait longer to draft legislative implementation rules. Notwithstanding, once the MiCA receives official approval, European financial regulators have up to 18 months to produce the technical standards.

Using MiCA as a framework, European policymakers also look to create a standard regulation to harmonize rules for crypto assets at the EU level. These projected harmonized guidelines could offer legal certainty to crypto assets not covered by existing EU legislation. The crypto regulation will lay guidelines for the operation, structure, and governance of digital asset token issuers. In addition, the said digital currency legislation also provides rules regarding transparency and disclosure requirements for crypto asset trading and issuance.

The European parliamentary committee passed the MiCA legislation last October, roughly two years after its initial introduction in September 2020. At the time, the approved MiCA text read in part:

“It is important to ensure that the Union’s financial services legislation is fit for the digital age and contributes to a future-ready economy that works for the people, including by enabling the use of innovative technologies. The Union has a stated and confirmed policy interest in developing and promoting the uptake of transformative technologies in the financial sector, including distributed ledger technology (DLT).”

In October, the EU parliament also approved an anti-money laundering bill focusing on the Transfer of Funds Regulation. This proposal seeks to ensure compliance standards regarding crypto assets.

In other recent news, the central bank of France has agitated for crypto regulations before the MiCA standards. Speaking on the need for the immediate imposition of stricter regulations for crypto firms, Bank of France governor Francois Villeroy de Galhau explained:

“All the disorder in 2022 feeds a simple belief: it is desirable for France to move to an obligatory licensing of [Digital Asset Service Providers] DASP as soon as possible, rather than just registration”.

Although obtaining a DASP in France is currently optional, Villeroy seeks to make it mandatory for crypto firms looking to operate there.