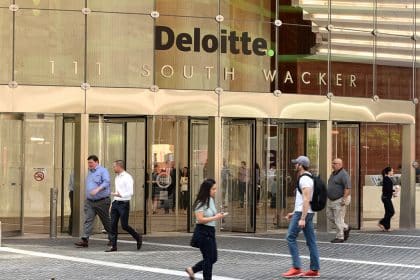 Circle reassured the USDC holders and the general public that it remained committed to transparency.

USDC issuer, Circle, has announced that it will be audited by Deloitte in the future instead of Grant Thornton. According to the firm, its last audit covers 2019,2020, and 2021 and has been filed publicly with the Securities and Exchange Commission (SEC). The statement formed part of the state of the USDC economy reportwhich it released on Tuesday.

Deloitte May Be the First

Since the collapse of FTX, there has been an increased call for the transparency of crypto companies. This has led many of the firms to publish Proof of Reserves and also to perform external audits. However, in December, reports emerged that none of the Big 4 accounting firms (Deloitte, Ernst & Young, KPMG, and PricewaterhouseCoopers) was willing to involve themselves.

Likewise, accounting firms like Mazars Group and Armanino halted auditing services for their crypto clients last month. Mazars, which audited BinanceCrypto.com, and KuCoin ceased its services due to public sentiment. Consequently, there’s been a concern that mainstream accounting firms will not be able to provide the necessary audits to retain and restore investor confidence in crypto companies.

Thus, the announcement of Deloitte as Circle’s new auditor has sparked excitement among cryptocurrency enthusiasts. Circle also reassured the USDC holders and the general public that it remained committed to transparency. It stated that it will continue to provide open and timely reporting of how the firm reduces risk and maintains liquidity in its reserve.

Stablecoins Are the Next Big Thing

Circle CEO Jeremy Allaire believes that stablecoins like USDC represent the thing among crypto assets. He noted a need for a “shift in the utility value phase of blockchains and programmable composable always-on money.”

He noted that embracing stablecoins has nothing to do with competing with the traditional financial system. Rather, Allaire stated that it was about doing what the traditional system could not do.

Specifically, he highlighted the potential to reduce costs expended on payments. He also highlighted the growing interest of merchants in the evolution. Allaire shared that traditional payment providers like MastercardStripe, Visaand Checkout.com were already partnering with the firm to make this happen.

Recognizing the potential of stablecoins, the US Congress is also set to pass a stablecoin legislation.

An experienced writer with practical experience in the fintech industry. When not writing, he spends his time reading, researching or teaching.