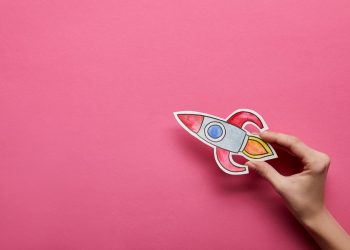 Decentralized Finance (DeFi) has always been the most evolving sector in the Web3 space. With new innovations and protocols popping up in the DeFi industry, the ecosystem total value locked (TVL) continued to increase until the bear market stepped in.

The bear cycle caused a lot of downturns in many sectors of the We3 industry including DeFi. However, following the ongoing so-called ‘mini bull run,’ we’ve seen DeFi TVL start to recover from the lower lows and surge by nearly 20% since the beginning of the year.

According to data from DeFillamaDeFi TVL has exceeded $45 billion — its highest point in the past two months. Major DeFi protocols such as Lido Finance and MakerDAO played a significant role in the DeFi TVL rise. Lido has amassed double-digit gains over the past week, adding $8.4 billion to the DeFi ecosystem since its lower low late last year.

Though the TVL rise appears to be mirroring the crypto rally as most of the underlying DeFi tokens have also followed suit in the bullish trend, one thing worth noting is that DeFi TVL is still very far from its all-time high seen in 2021.

Notably, Liquid staking protocol like Lido Finance is the accelerator of the DeFi ecosystem surge, having the largest DeFi market share with 14.75% dominance and leaving the former king of DeFi, MakerDAO, behind with a share of 13.25%, according to DeFiLlama.

As reported by NewsBTCthe reason behind the rapid increase in the momentum of Lido is the Ethereum Merge, which triggered the popularity of liquid staking protocols such as Lido Finance. Following the merge, the total ETH stake in Lido increased 10% from 4.43 million ETH on September 15, 2022, the date of the merge, to over 4.8 million ETH today.

Other Accelerator Of The DeFi TVL Rise

Aside from Lido’s aid in the DeFi TVL surge, the high-throughput layer-1 blockchain network, Algorand, has also been an assistant following its 123% spike over the past week. It currently has $176 million in TVL, with five of the top six leading DeFi protocols on the network having done significant percentages in gains over the past 7 days.

Aave and Uniswap have always contributed greatly to the DeFi ecosystem TVL, with Aave recording over 10% in gains in the last 7 days and Uniswap recording nearly 7% in gains over the same period. Regarding blockchain, Ethereum is still the top dog with the largest share in the DeFi TVL.

Ethereum has a DeFi market share of over 50%, with a TVL of $27.16 billion. ETH has amassed significant gains in its value in the past few days amid the global market rally.

ETH finally broke the $1,300 zone and has climbed to a higher high above $1,500. Though ETH is still far from its peak, the second-largest crypto by market cap is striving to reach its ATH and beyond.