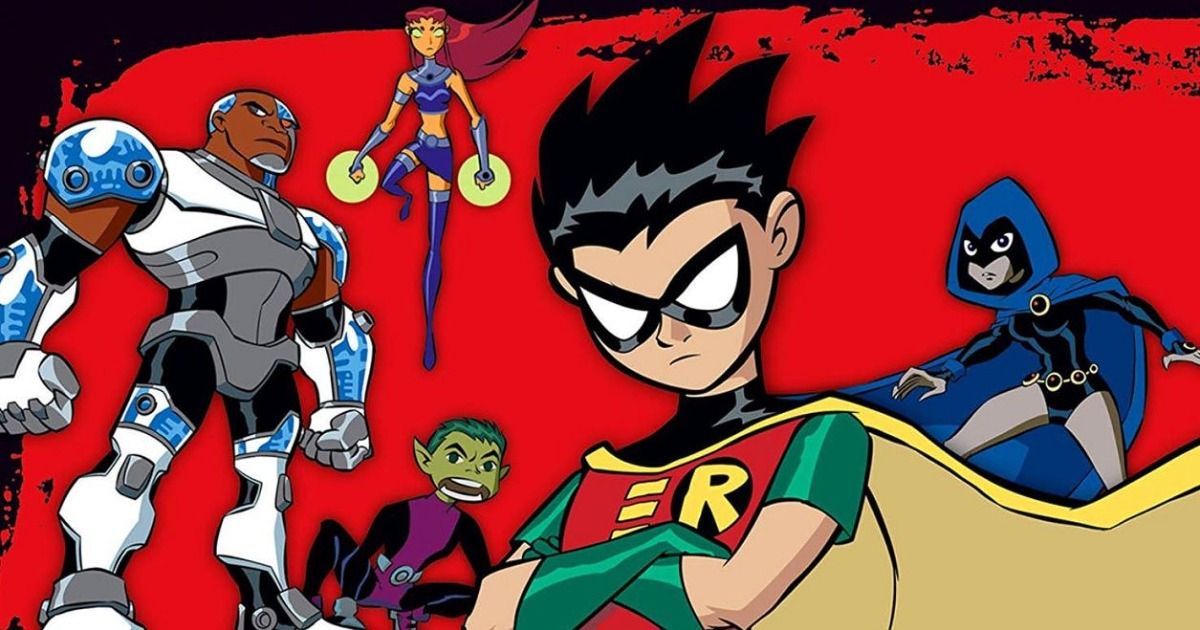 Just after the hiring of James Gunn and Peter Safran as co-heads of DC Films, it was announced that DC would be telling a long form, MCU-style story across its films, television shows, and other media. This would kick off with a Young Superman movie, written by Gunn. If the New DCU is looking to flesh out its characters, its world, and its history, all while still playing to audiences’ interests, there’s perhaps no better team to take to the big screen than the Teen Titans.

Even putting aside the creative opportunities that a Teen Titans movie would have on an interconnected slate, the success of previous iterations of the team makes a compelling argument that audiences would be interested.

“The Teen Titans” were created by Bob Haney and Bruno Premiani for the 1960s DC Comics anthology, The Brave and The Boldfeaturing a line-up of superhero sidekicks including Robin and Kid Flash. But the team reached the height of popularity in the 1980s with “The New Teen Titans” by george perez and Marv Wolfman, which featured cast members like Cyborg, Starfire, Beast Boy, and Raven. “The New Teen Titans” served as the basis for the cult-classic, anime-inspired Teen Titans animated series that aired on Cartoon Network from 2003-2006. Over a decade after its cancelation, the animated Teen Titans series was rebooted into a more comedic animated series, Teen Titans GO!which kept the same cast of characters, but with a more cartoonish art style. While initially met with trepidation from fans, Teen Titans GO! eventually brought the team to new heights.

It is often overlooked how successful Teen Titans GO! has been both as a DC adaptation, and as an introduction to the cast of young heroes. The Cartoon Network show has been on the air since 2013, and expanded into feature films with Teen Titans Go! To the Movieswhich was a critical and financial darling, earning over double its budget. Suffice to say, there is a wide-ranging audience that is already familiar with the team, whether it be from its decades-long publication history, or recent animated successes.

Related: 5 Reasons Why Teen Titans is One of the Best Cartoon Network Shows

Where most superhero teams can be formed from the ground-up, the mere presence of the Teen Titans necessitates a more lived-in history for the DCU. Rather than starting from scratch, the Teen Titans build themselves off of a line-up of pre-established, “older” heroes. In their original iteration, the team was composed exclusively of superhero sidekicksarriving only four years after the Justice League’s first appearance. This sidekick-heavy lineup was also an inspiration for the starting team for the Cartoon Network/HBO Max series Young Justice. Even without more direct superhero lineage, the New Teen Titans line-up set themselves apart as younger heroes, contrasting against adult-aged adventures of the Justice League.

Marvel Studios has made a habit of rewriting its own past in order to introduce characters with deeper ties to the origins of its interconnected universe. Teen Titans would fill in the past of the DCU with their introduction, establishing a lineage of heroes that has reached its latest form with the Teen Titans. If the New DCU is looking to “catch up” to Marvel Studios in terms of established characters, it would benefit from a team that propels the entire timeline forward, past the genesis of the original Justice League lineup and into a vibrant, populated universe.

Related: Why The Batman 2 Shouldn’t Include Robin

Not only does the existence of the Teen Titans establish a storied past for the DC Universe, it also sets up the future of DC as well. Where Marvel Comics has often featured the same ageless heroes in shifting status quos, DC Comics stands apart as more legacy-focused, seeing characters age and take on new roles. Wally West, perhaps the best-known character as The Flash, is actually the third person to take on the mantle. If Robin is included in the line-up for a Teen Titans movie, DC would also have its pick of which Robin, as the moniker has been taken on by numerous characters, including Dick Grayson, Jason Todd, Tim Drake, and Damian Wayne, all of whom became Batman at some point. Same goes for Superboy, who, depending on who holds the title, is either a clone of Clark Kent and Lex Luthor, or the biological son of Superman and Lois Lane. The younger ages of the characters signify a potential for growth, or change, something the Teen Titans are famous for. Dick Grayson is arguably just as well known as Nightwing as he is as Robin. The entire team was even renamed when the founding members got older, shifting into the adjective-less “Titans”.

While comic characters don’t age without a creator’s choice, real actors age no matter what, and eventually leave their roles. While Marvel Studios is just now introducing younger characters that are adjacent to members of the Avengers, DC Films could get ahead of this trend by introducing the hopeful successors of the Justice League early. From a planning standpoint, Warner Bros could sign younger actors that would play their characters well into adulthood. This would not only lend itself to a more natural passing of the torch, but also let the Teen Titans directly interact with their mentors.

With a Teen Titans Movie, DC Films has the opportunity to capitalize on the team’s widespread recognition, build the past of their new interconnected universe, and set their sights on the future of superhero filmmaking, all at the same time.