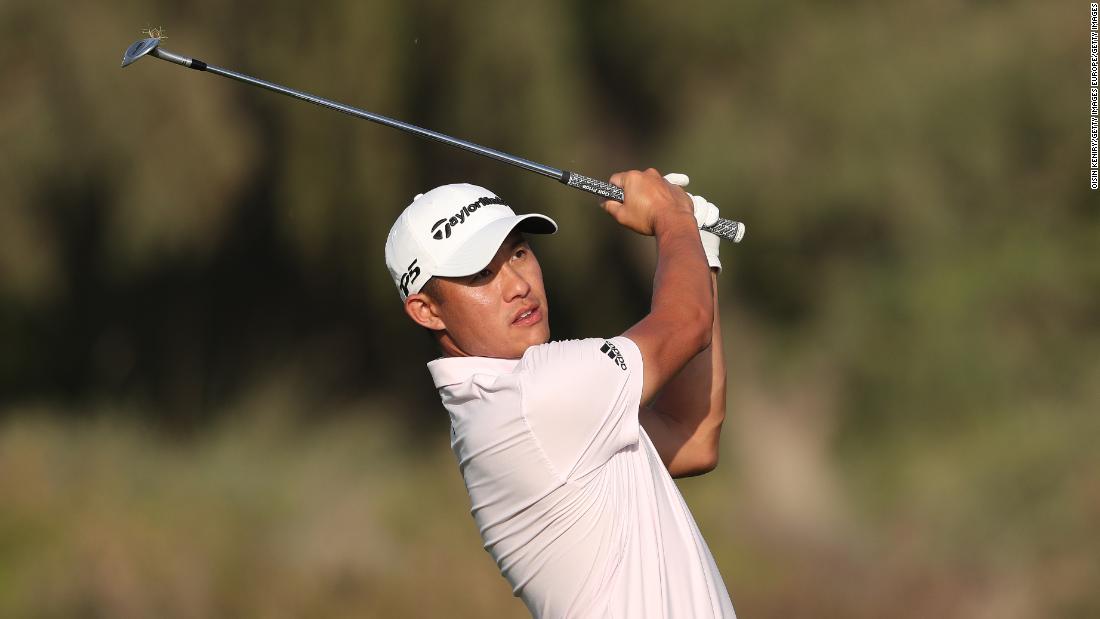 Morikawa only turned pro in 2019 but has already made history as the first male golfer to win both the PGA Championship and the Open in his tournament debuts.

Despite playing golf from a relatively early age, Morikawa didn’t really watch the sport when he was growing up. As a result, he never really looked up to the game’s greats as heroes or for motivation, as many aspiring golfers would.

The exception, however, is Woods.

“I think when you bring up Tiger Woods to someone that doesn’t even know anything about golf, they know he represents golf and the sport of golf,” Morikawa tells CNN’s Becky Anderson.

“What he’s done for this game, how he’s changed the evolution of not just the physical aspect, the mental aspect, but just growing the game around the world. That’s someone who I look up to.

“It’s amazing to have a friendship, to know him, to talk to him and that’s the coolest thing, is that he’s grown this game like no one else ever has.

“There’s only a few athletes in the world that I can think of, and that really anyone can think of, that have done that to their respective sport. So that’s, of course, someone who I’m going to look up to.”

There is one interaction in particular from their relationship which stands out to Morikawa.

During the 2020 Farmers Insurance Open — the first time Morikawa had been paired with Woods on the PGA Tour — Woods nailed a drive down the middle of the fairway, then turned to Morikawa and cracked a joke.

“I’m like: ‘What’s going on? This is weird,'” he recalls. “‘He’s trying to beat me, I know he is, and I’m trying to beat him as well.’ But it made it just that much more relaxing and you could see the human side of him.

“I think what I’ve realized is that we’re not just golfers and I think everyone has that perception, is that all we do is golf 24/7, but there’s so much more behind the layers of every single person out here and that’s been cool to get to know these people as actual humans.”

Their pairing at that tournament was a significant moment for both players — and one that will have made several viewers feel quite old — as Morikawa became the first player born after Woods turned pro in 1996 to be paired with the 14-time major winner in a PGA Tour event.

Had Morikawa been playing back then, he speculates their friendship perhaps might not have developed.

“It’s so different because you hear these stories when he was turning pro very early on, early when I was really young, that he wouldn’t talk to anyone,” he says. “He was really focused, really dialed in.

“Obviously, he’s grown a lot. He’s at a different stage of his life. He’s got a couple kids. Thankfully, he’s a lot more relaxed.”

Don’t call it a breakout

To go along with his PGA Championship win in 2020 and Open victory the following year, Morikawa capped a remarkable 2021 by winning the European Tour’s season-ending DP World Tour Championship and became the first American in history to win the Race to Dubai.

Morikawa’s sustained success in 2021 — which also included a winning record in Team USA’s Ryder Cup victory — proved that 2020 was no fluke, but the 24-year-old stops short of calling 2021 his “breakout” year.

“And that’s how I keep getting better is that I think I have so much room for growth, that I’m just ready to do more. It’s not: ‘How do I top last year? How do I do this? How do I do that?’ It’s just: ‘I want to win more. I want to contend more.’ And when I don’t, I got to figure out why.”

Though still quite some time away, Morikawa has already started thinking about defending his Open title in July.

The Los Angeles native put in a fine performance in defense of his PGA Championship title last year, eventually finishing tied for eighth, but has set his sights on topping that at the prestigious St. Andrews course, dubbed ‘the Home of Golf.’

“Anytime you’re defending a tournament, it’s special because obviously you had won that tournament the previous year,” he says. “But when it’s the Open Championship, it’s even that much more special. It’s a major … when it’s the 150th, how do you top that?

“And then being at St. Andrews, the home of golf, a lot of things had to align to get there as a defending champion.

If Morikawa’s 2021 is anything to go by, then it seems unlikely he’ll stop winning anytime soon.

2 thoughts on “Collin Morikawa: ‘It’s amazing to have a friendship’ with Tiger Woods – ‘He’s grown this game like no one else ever has’”