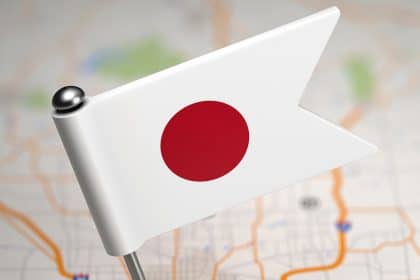 Coinbase says that its customers in Japan have a 1-month deadline to withdraw all holdings, as operations would cease after that.

According to recent reports, Coinbase Global Inc (NASDAQ: COIN) is halting operations in Japan due to volatile market conditions. The leading American crypto exchange also said it would conduct a “complete review of our business in [Japan].”

Coinbase, which promised to make the transition in Japan as smooth as possible, also said:

“We want to assure you that we have segregated the Japanese Yen and crypto assets of our customers in custody in compliance with the regulations, and we are committed to ensuring that all our customers can withdraw their assets at their earliest convenience.”

Following the suspension of operations, Coinbase Japan customers have until February 16th to pull out their fiat and crypto holdings. According to the leading crypto exchange, customers can withdraw their crypto holdings to various available options. These alternatives include other Virtual Assets Service Providers, Coinbase Wallet, or any other self-hosted wallet of the customer’s choice. In addition, clients can liquidate their portfolio and withdraw the resulting fiat sum to a domestic bank account.

Coinbase also warned that it would convert any remaining crypto, on or after February 17th, to yen. Furthermore, the exchange could send any remaining cash to a guaranty account at the Legal Affairs Bureau in the succeeding month.

Coinbase’s decision to halt operations in Japan comes on the heels of a similar move made by fellow US exchange Kraken in the country. Less than a month ago, Kraken announced that it would cease operations in Japan by January as part of its cost-cutting measures. At the time of the announcement, the San Francisco-based company cited a weak global crypto market as a reason. Coinbase’s own cessation of operations in Japan due to a digital asset slump also underscores the industry’s present state of affairs.

The Coinbase-Japan development also comes after the exchange cut down its global headcount by 20% to preserve cash. Last week, Coinbase chief executive officer Brian Armstrong explained the need for the substantial staff layoff. In his opinion, the exchange had to improve its odds of surviving in an FTX-triggered “stress test scenario.” Referring to the FTX collapse and subsequent crypto crunch as a “black eye for the industry,” Armstrong suggested the worst still lay ahead. In his own estimations:

“We may not have seen the last of it – there will be increased scrutiny on various companies in the space to make sure that they’re following the rules. Long term, that’s a good thing. But short term, there’s still a lot of market fear.”

Most of the crypto market woes, which characterized much of last year, have also crossed over into the new year. These include waning investor appetite for digital assets, soaring interest rates, and fears of a full-blown global economic recession. Several investors have already fled riskier assets such as crypto and tech stocks. This trend has resulted in mass selloffs of said assets, inadvertently setting them downward.