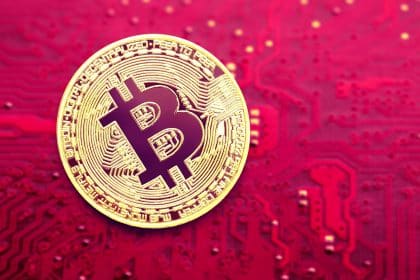 Analysts expect 2023 to be a “recovery year” for Bitcoin as the next Bitcoin halving event is 435 from now.

The world’s largest cryptocurrency Bitcoin (BTC) made a sharp recovery over the weekend with its price surging past $21,000 levels. Currently, BTC is trading at a price of $21,169 and a market cap of $407 billion.

It has been the 12 consecutive days of gains for BTC marking its longest winning streak in over two years. With the recent move, Bitcoin has also extended its weekly gains to more than 20%.

The recent move has put fresh hope among investors as the Bitcoin network prepares for its next halving event in mid-2024. As per historical trends, Bitcoin usually shows strong up moves a year before the halving.

BTC Price May Seriously Change as Bitcoin Halving Is Approaching

Well, the recent move could mean that Bitcoin has probably touched its bottom and could be ready for the upward journey. “FOMO is likely to play a role in how the market evolves from here,” Noelle Acheson wrote in her “Crypto Is Macro Now” newsletter.

The last year saw brutal correction with BTC and the broader crypto market correcting by over 60%. The recent uptick in the Bitcoin price has given a fresh wave of hope to investors.

however, some market analysts believe that this year of 2023 could be challenging as well considering the sensitive macroeconomic situation, and the rising interest. This would continue to exert pressure on Wall Street and, in turn, the broader crypto market.

While experts believe that BTC might have bottomed out, it is unlikely to retest its all-time high of $69,000. Speaking to CNBC, Bill Tai, a venture capitalist, and crypto veteran told:

“I think there’s a little bit more downside, but I don’t think there’s going to be a lot. “There’s a chance that [bitcoin] kind of has bottomed here,” adding that it could fall as low as $12,000 before jumping back up.

Meltem Demirors, the chief strategy officer at CoinShares also believes Bitcoin is likely to stay rangebound staying in the range of between $15,000 and $20,000. On the upper end, it could test the range between $25,000-$30,000. Demirors said:

“I don’t think there’s a lot of forced selling remaining, which is optimistic. But again, I think the upside is quite limited, because we also don’t see a lot of new inflows coming in.”

Anthony Scaramucci, founder of SkyBridge Capital believes that 2023 would be a “recovery year” for Bitcoin and predicted that BTC could touch $50,000-$100,000 in two-three years from now. “You are taking on risk but you’re also believing in [bitcoin] adoption. So if we get the adoption right, and I believe we will, this could easily be a fifty to one hundred thousand dollar asset over the next two to three years,” Scaramucci said.