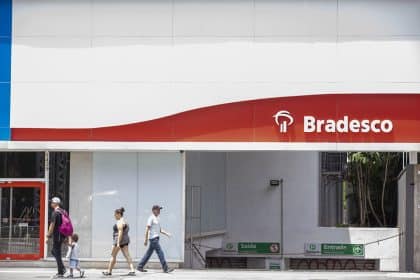 Banco Bradesco SA (NYSE: BBD), a Brazilian financial services company headquartered in Osasco, launched its first tokenized bank credit note on Friday. According to a report by Coindesk, Bradesco completed the transaction for a total of 10 million Brazilian reals – equivalent to $1.95 million – under a regulatory sandbox run by the Central Bank of Brazil. The bank added that it was the first financial market tokenization operation regulated by that monetary authority.

Brazil, one of the largest South American economies, announced last year through the central bank chief that it is moving its economy to a digital and tokenized system

During an event organized last year, Roberto Campos Neto – the governor of the central bank of Brazil – said the world’s economy is fast transitioning towards a tokenized market. Moreover, tokenization offers customers a cheap, fast, and secure means of transaction.

The idea is that financial institutions will offer stablecoins and other tokens to customers in a representative of the Central Bank Digital Currency (CBDC) seamlessly. Moreover, the tokenization of traditional assets makes transiting more interoperable and ends up opening the locked-up economy to global investors.

As the country struggles with an election crisis, the incoming president is much more likely to focus on the digital economy to deal with the high rate of reported unemployment.  Notably, Bradesco joins other banks in Brazil already offering tokenized assets including Itaú Unibanco and Santander.

Bradesco and the Market Outlook

The Bradesco bank has been working on diversifying its revenue collection amid a struggling share market. According to market data provided by MarketWatch, BBD shares are trading 14.80 percent down in the past year and a 22 percent decline in the last three months.

With a market capitalization of approximately $29. 42 billion, Bradesco is well poised to morph with the Brazilian economy. Moreover, three ratings have BBD shares an average rating of Over and an average recommendation of Overweight.

According to the company’s third-quarter earnings results, the net income fell to 5.21 billion Brazilian reais from approximately 6.65 billion a year ago. The company attributed the poor performance to weaker-than-expected net interest income and bigger provisions. As loans.

Nonetheless, the bank is optimistic that the digital economy, which is significantly adopted in the country, will open up Brazilian markets to the world seamlessly. Furthermore, the crypto market is borderless and offers cheap and secure cross-border transactions as observed with Ripple’s ODL and XRP.

Let’s talk crypto, Metaverse, NFTs, CeDeFi, and Stocks, and focus on multi-chain as the future of blockchain technology.
Let us all WIN!