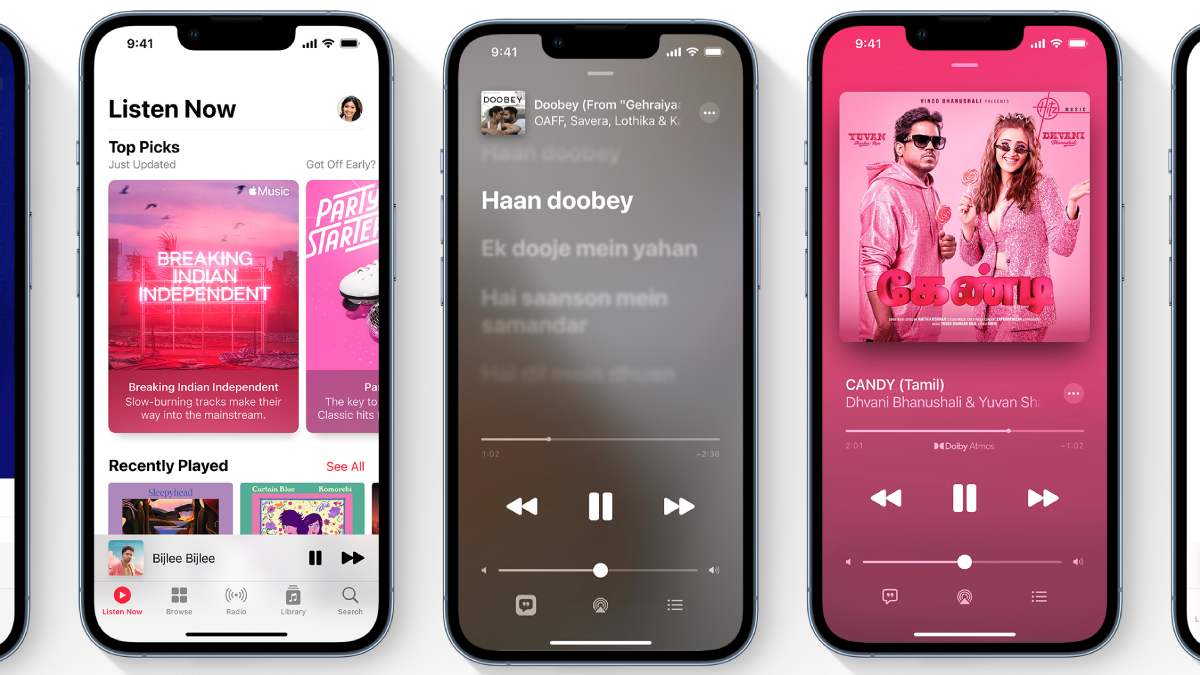 Apple has increased the prices of some of its subscription services including the popular Apple Music and Apple TV+ around the world, including in the US and UK. However, users in India will not have to spend more than they are currently used to. According to Apple, the changes were necessary because of licensing price increases and the overall size of its content catalogues. An Apple statement has been reported by 9to5mac.comand indicates that artistes and content creators can expect to earn more per stream as a result of this change. The company recently announced that Apple Music has amassed over 100 million tracks available to stream.

In India, Apple Music will continue to cost Rs. 99 per month for individual users and Rs. 149 for a family with up to six members. The Student tier costs Rs. 59 per month if you can show valid identification, and the voice-only plan which only lets you stream tracks and curated radio stations with Siri voice commands, costs Rs. 49 per month. The price of the individual user plan in the US used to be $9.99 per month (approximately Rs. 825) but it now costs $10.99 (approximately Rs. 908). The family plan has risen from $14.99 to $16.99 per month.

Apple TV+ also costs Rs. 99 per month in India after a seven-day free trial, whereas the price in the US is now $6.99 (approximately Rs. 578), up from $4.99 (approximately Rs. 412) per month. Anyone who buys an iPhone, iPad or Mac will still get their first three months for free. Students who are eligible for the reduced-cost Apple Music plan also get access to Apple TV+ at no additional cost.

In May this year, Apple had increased the cost of the Apple Music student subscription plan from its previous price of Rs. 49 per month. This change had taken effect in multiple countries around the world including Australia, Indonesia, the Philippines, South Africa, New Zealand, and Singapore. Before a price cut in 2019Apple Music used to cost Rs. 120 in India for individuals and Rs. 190 per month for families. However, Apple discontinued the yearly payment plan for individuals, which came to Rs. 1,200 per year representing significant savings. Notably, this is the first ever price rise for Apple Music in the US. The price of Apple Music did not even rise when lossless streaming quality was introduced.

Apple also offers its Apple One subscription bundle plans, priced starting at Rs. 195 per month in India with access to Apple Music, Apple TV+, and Apple Arcade, as well as iCloud+ with 50GB of storage space. This lets you save Rs. 177 per month compared to paying for all these subscriptions individually. The Apple One family plan costs Rs. 365 per month in India and allows access to all these services for up to six people, plus 200GB of iCloud space in total. In the US, Apple One was priced starting at $14.95 (approximately Rs. 1,238) per month for a single user and $19.95 per month for the family plan, with the same benefits. These costs have risen to $16.95 per month and $22.95 per month respectively. The Premier plan, which ups iCloud space to 2TB and adds access to Apple News+ and Apple Fitness+ is not presently available in India.