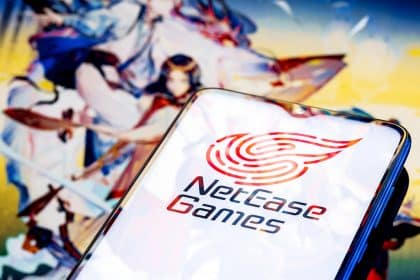 US gaming developer Activision Blizzard is looking for a new Chinese partnership after NetEase turned down its latest proposal.

“It is a pity that NetEase is not willing to extend services of our game for another six months on the basis of existing terms as we look for a new partner.”

Blizzard China further stated that it would discontinue its game services in a few days due to the NetEase impasse. However, Activision Blizzard revealed last December that it was in talks with potential partners. The Santa Monica-based video game developer looks to continue offering its hit World of Warcraft game to Chinese end users.

In the meantime, Blizzard China will allow gamers to save their game progress and some user data offline before January 23rd. Gamers should be able to restore their progress in the game once Activision secures a new Chinese publisher.

The Activision Blizzard-NetEase development comes after the video game developer’s November announcement that it would end its 14-year partnership with the Chinese publisher. Activision’s announcement sent shockwaves throughout the video game industry because of how lucrative the deal is perceived to be.

On its part, NetEase, the second-largest gaming firm in China, also touched on the pending cessation of its partnership with Activision’s Chinese subsidiary. In a November earnings brief, the Hangzhou-based company stated that despite valiant efforts to negotiate with Activision, there was no headway. In addition, NetEase said that it found the US company’s proposed terms unacceptable. Furthermore, the Chinese internet tech service provider said that it would discontinue Activision’s game service in China on January 23rd.

NetEase rose through the ranks to emerge as a gaming behemoth partly by publishing Activision’s games in China. However, the online content, community, communications, and commerce service provider has since grown its own game development capability and capacity. As it stands, NetEase’s in-house games now account for more than 60% of its entire revenue.

In other Activision-related news, the Federal Trade Commission (FTC) stands firm in its resolve to block a Microsoft (NASDAQ: MSFT) acquisition. This development comes after the software giant announced plans to acquire the gaming developer for $69 billion a year ago. However, the FTC reckons acquiring Activision would imbue Microsoft with an unfair advantage within the gaming space. Should the tech giant take over the gaming company, it would control wildly-popular gaming franchises like ‘Call of Duty’ and ‘War of Warcraft.’ This possibility could also see Microsoft’s Xbox have the edge over rivals Sony PlayStation in the war of video game consoles.

However, Microsoft maintains that it is willing to share access with Sony to Activision’s fabled intellectual property for a sustained period of time.