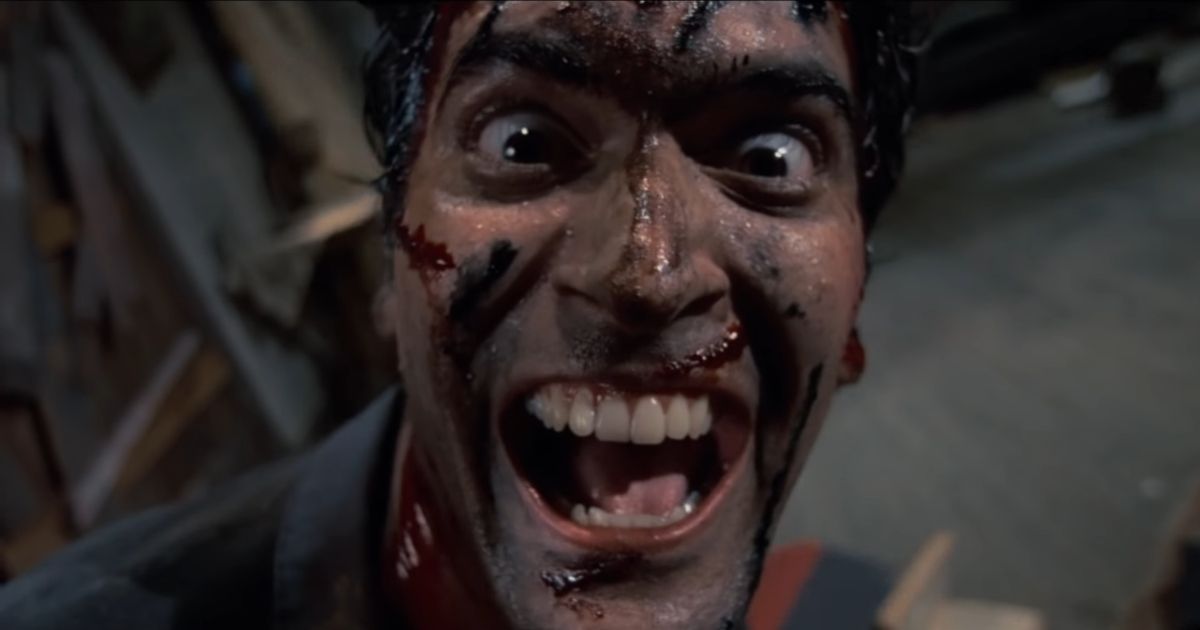 Since elaborate car chases, otherworldly galaxies, and creatures beyond our craziest dreams have become the standard for big-budget Hollywood movies, we often do not pay attention to just how much work goes into creating these effects and how far the technology has advanced. We’ve seen how franchises such as Star Wars look with the development in special effects technology, and the difference is unbelievable. Even though special effects have evolved greatly over the decades, there are films out there whose special effects have held up surprisingly well.

Related: 9 Groundbreaking Movies in the Early History of CGI

The Wizard of Oz was and still is, a huge advancement in filmmaking. It was the very first film to be shot in color as opposed to black and white. Audiences were completely blown away by the vibrant colors that they had never been able to see on the big screen before. That in itself is an incredible accomplishment as it changed the way films are made forever. In addition to it being the first feature film to be shot in color, it also has some pretty amazing effects considering it was made 84 years ago.

One of the most notable scenes in the film is when Dorothy and her misfit friends finally make it to Oz and speak to the all-powerful wizard. Of course, it was just a giant projection of a man’s head, not actually a body-less being. However, the appearance of the wizard’s head is relatively realistic. The flying monkeys were also made without the use of any computer technology or even the use of green screens. They were realistic enough to scare many children over nearly nine decades. This movie came out in 1939, so it has held up just fine over many decades.

There is no denying that the Denis Villeneuve-directed sequel, Blade Runner 2049is an outstanding accomplishment in special effects. There are so many shots in that film that are truly breathtaking, and the world-building is incredible. Even so, the original Blade Runner also relied on special effects, and in the last 40 years, they have aged well considering the technological improvements we have come up with since.

Set in Ridley Scott’s interpretation of what the future would look like in the year 2019, the world of Blade Runner is cold, rainy, and full of flying vehicles that fly past building-size LED billboards. It gives off a feeling of immense innovation, but also of innovation gone wrong. The Replicants are humanoid robots that are indistinguishable from humans, and considered extremely dangerous. The combination of special effects, costumes, and set design make this dystopian, highly advanced version of the world seem believable.

Often regarded as one of the scariest movies of all time, The Exorcist had one very important job to do; convince audiences that a little girl was harboring the devil inside her. CGI was not available at the time, so convincing people that young Regan MacNeil (Linda Blair) was a vessel for the devil was going to be a difficult task. A combination of practical effects, editing tricks, and detailed makeup was the only way to do it.

Regan’s bed shaking, her thrashing around, catapulting herself off her bed into the air, all of that was done without the use of computer technology. Even nearly 50 years later, looking at the deformed, yellow-eyed face of Regan is enough to give you the creeps. It still freaks people out without the use of computers or advanced technology, just convincing acting and detailed practical effects.

Related: How Hollywood Is On the Verge of Resurrecting Movie Stars With CGI

The ’70s were a great time for both horror movies and science fiction movies, especially if the movie was a blend of both genres. Ridley Scott’s Alien is no exception. Three years before he released Blade RunnerScott proved to us why we should maybe be weary of what may or may not be up in space. The movie follows the crew of the Nostromo after they responded to a distress call on a nearby moon, only to discover that something is hunting down each crew member one by one.

The alien creatures are so disgusting and freaky to look at all these years later, and the effects are convincing. The aliens are slimy and menacing, enough to make you at least slightly afraid to go to sleep at night. When the alien bursts out of one of the crew member’s stomachs, it still looks realistic and is still absolutely nauseating.

In the last almost 46 years, Star Wars has become a cherished franchise for kids and adults alike. It has inspired a prequel series, a new trilogy, TV shows, books, graphic novels, toys, and so much more since the late ’70s. Before it was retitled Star Wars: Episode IV – A New Hopeit was a small-budget science fiction film that was unlike anything people had seen before. It was immediately a hit that no one expected. The world-building was astounding, from the different planets, gorgeous shots of space, and the futuristic gadgets and spaceships, it was an incredible feat.

With the use of practical effects such as building models or using dog-fighting footage from World War II for space battle scenes, it blew audiences away. The Lightsaber itself has had a huge impact on pop culture and has become a collectible item for fans around the world. Something that has become so important to an entire fanbase was created without the use of widely available computer technology. Clearly, it has stood the test of time because it is still so loved by so many.

Alfred Hitchcock was an innovative director known for his creative uses of the camera. He liked to create feelings of being far away or off balance, and he famously achieved this in his 1958 film Vertigo. Hitchcock utilized the dolly zoom, which is now also called the vertigo zoom, which is a key effect used to create that off-kilter feeling. The dolly zoom is achieved when the camera is zoomed in while pulling backward, or while the camera is zoomed out while pushing forward. This manipulates the audience’s depth perception. It has remained a staple camera effect in the world of filmmaking since.

Sam Raimi’s Evil Dead trilogy is loved by horror fans everywhere and has continued to gain fans in recent years. It has become widely regarded within the horror community and inspired a successful reboot franchise. While the final installment took the horror-comedy route to the extreme, the first two films were gory and a little bit scary. The Deadites are frankly repulsive to look at. Sami Raimi, along with a cast and crew of only 13 people, filmed the first film of the franchise in a rented-out cabin in the woods of Tennessee. The budget was obviously extremely low, so a lot of the effect work was conducted by Raimi himself along with star Bruce Campbell.

Evil Dead 2 stepped up its effects game from the original. It still had a B-movie budget, but the practical effects and camera techniques improved in the six years from the first. This sequel embraced the absurdity and gore of the first and turned it up a notch. Ash (Bruce Campbell) not only has to decapitate his girlfriend, but his hand gets chopped off, which forces him to fashion a chainsaw to where his hand once was. There are so many squeamish scenes like this that still holds up to this day.

Stanley Kubrick was a director known for making strange, dark, sometimes twisted films. His depiction of space as a cold, lonely, wasteland in 2001: A Space Odyssey has stuck with filmmakers and movie-goers alike for years. The film has been referenced and spoofed countless times, most recently in Greta Gerwig’s trailer for Barbieand has long been considered one of the most influential movies of all time.

The special effects still seem incredibly real even almost 55 years later. This film came out before the moon landing even happened, so for it to look so realistic when no one had yet been to the moon is a feat in and of itself. The space suits and ships are so sleek and modern-looking that one could be fooled into thinking the movie came out recently. The modern look adds to the futuristic atmosphere the film already had, and it still has that feel to this day.