Prices for used cars have been high in recent years as inventory has been hampered by computer chip shortages and other pandemic-related woes. Luckily, for those who are currently shopping for a vehicle, many automakers are reporting they have more of the parts they need and are ramping up production – meaning used car prices will likely continue to plunge.

Here’s what else you need to know to Get Up to Speed and On with Your Day.

(You can get “5 Things You Need to Know Today” delivered to your inbox daily. Sign up here.)

After an onslaught of atmospheric rivers recently battered California with flooding, a much-needed break from the rain is finally in sight. Flood watches that covered millions in coastal Central California have expired, though crews will be busy cleaning up the damage over the next several weeks. The storm system is now advancing farther inland and is expected to bring heavy snowfall into the Four Corners Region. Up to two feet of new snow is expected in parts of Colorado by this evening, while rain is in the forecast for much of the Southwest. By midweek, the threat will be in the South. The Storm Prediction Center has already highlighted an area from East Texas to the Lower Mississippi Valley for the potential for strong storms.

Another spate of shootings this week is shaking up communities across the US. At least six people, including a mother and her 6-month-old baby, are dead after a “cartel-style execution” occurred Monday in the town of Goshen, California. The shooting appears to be gang-related, the Tulare County Sheriff’s Office said. Separately, eight people were shot Monday at a block party in Fort Pierce, Floridawhere the community was gathering to celebrate Martin Luther King Jr. Day. An investigation is ongoing to identify the shooter, authorities said. This incident marks the 30th mass shooting in the country this year, according to the Gun Violence Archive. So far in 2023, the US is averaging about two mass shootings per day.

Following the discovery of misplaced classified documents from President Joe Biden’s time as vice president, House Republicans are demanding that the White House turn over more information – including any visitors logs to Biden’s private residencewhere a batch of documents was found. The White House counsel’s office, however, said there are no visitors logs that track guests who come and go at Biden’s home in Wilmington, Delaware. “Like every President across decades of modern history, his personal residence is personal,” the counsel’s office said in a statement Monday. Some Republicans are crying foul, saying former President Donald Trump was treated differently when FBI agents searched his Mar-a-Lago residence last August. Meanwhile, the White House is labeling the Republican investigations into the documents as “shamelessly hypocritical.”

The Biden Administration has no visitor logs for Biden’s private home, where classified documents were found

Cryptocurrencies are rebounding after getting pummeled by losses for the better part of last year. This is prompting speculation that the so-called crypto winter – the digital asset world’s equivalent of a bear market – is over. Bitcoin, the world’s most popular crypto, is up 25% over the past monthhovering above $20,000 for the first time since November, following the collapse of the crypto trading platform FTX. Ethereum, the No. 2 crypto, is up more than 30% over the past month, trading above $1,500 on Monday. Still, Bitcoin is substantially down from its peak in November 2021, just shy of $69,000. Two months ago, when FTX imploded and sent shock waves through the industrybitcoin plummeted to a two-year low of $15,480.

Some players at the Australian Open expressed irritation today after extreme heat postponed play for hours at the tennis tournament. As temperatures reached almost 97 degrees Fahrenheit, organizers announced at around 2 p.m. local time that matches on outdoor courts would come to a halt. Separately, a Russian flag that was displayed in the stands at the Grand Slam event has sparked controversy and a rules update from Tennis Australia. Fans will no longer be allowed to bring Russian or Belarusian flags to the site of the tournament, officials said, citing the conflict in Ukraine. The decision comes after Ukraine’s ambassador to Australia “strongly condemn[ed]” the Russian flag being displayed Monday during the first-round match between Ukraine’s Kateryna Baindl and Russia’s Kamilla Rakhimova.

The singer and actress shared a message about body positivity after trolls on social media criticized her appearance at the Golden Globes.

There appears to be some monkey business at the Dallas Zoo… Police say the fencing of some animal enclosures was cut open in “an intentional act,” prompting the zoo to close Friday.

‘The Mandalorian’ season 3 trailer has arrived

After much fanfare, Baby Yoda is back in action. Watch the new trailer here.

Fans worldwide are buzzing over K-content! Netflix said over 60% of its members watched South Korean titles last year. Check out some of the international shows and films heading to the platform soon.

Enjoying nature may lessen the need for some medications, study finds

Here’s a sign to take the scenic route. According to a new study, visiting nature is associated with lowering the odds of using blood pressure pills and mental health medications.

Gina Lollobrigidaa legend of Italian cinema, has died, according to members of her family. She was 95. Together with Sophia LorenLollobrigida came to symbolize the earthy sexuality of Italian actresses in the 1950s and 1960s. In addition to appearing in several European films, she made her English-language film debut in 1953 in John Huston’s “Beat the Devil,” alongside Humphrey Bogart.

That’s how many states have taken action to restrict TikTok on government devices, reflecting a wave of recent clampdowns by Republican and Democratic governors targeting the short-form video app. The accelerating backlash comes amid renewed security concerns about how the platform handles user data and fears that it could find its way to the Chinese government.

“We don’t talk about a collapse, but it can happen any second.”

– Kyiv mayor Vitali Klitschkosaying Ukraine’s critical energy infrastructure remains severely threatened and could completely collapse if it were to be hit by Russian rockets. Klitschko’s warning comes as millions of Ukrainians continue to endure a winter without electricity, water, and central heating due to relentless Russian strikes. 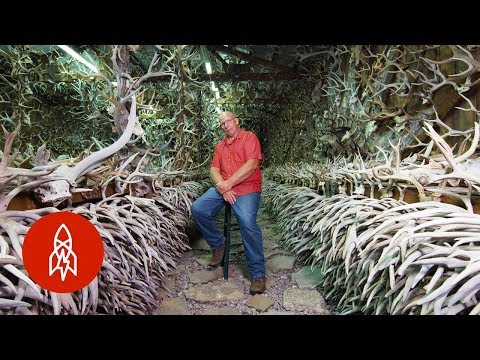 This man searches the hills of Montana for antlers after deer and elk shed them each season. Check out his extensive collection. (Click here to view)