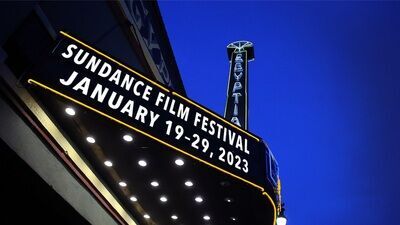 Writer-director Elijah Bynum masterfully reveals the duality of Killian’s existence, depicting the toll of a toxic stew of self-imposed pressure to meet unrealistic expectations and hypermasculine role modeling while simultaneously conveying his genuine, if fraught, efforts to fulfill an underlying desire for human connection. Jonathan Majorsin a committed performance of tremendous physicality, powerfully embodies the lengths Killian will go in his desperate need to be seen. Magazine Dreams is a provocative film that respects the dignity of its protagonist as it pulls no punches in portraying the most physically and emotionally painful moments of his darkening odyssey.

Brooke Shields, ’80s icon and household name, was a child model before she came to prominence in Louis Malle’s controversial film Pretty Baby at age 12. With a series of provocative Calvin Klein jeans ads and leading roles in 1980s teensploitation hits The Blue Lagoon and Endless Love, Shields’ early career was defined by a sexuality that she could neither claim nor comprehend.

In this two-part documentary, director Lana Wilson (Miss Americana, 2020 Sundance Film Festival) reveals Shields’ story through media appearances and archival footage, bringing full context to the time when Shields was coming of age in public. Wilson creates space for the adult Shields to share her intelligence, vulnerability, and humanity while reflecting on her career and life, including her complex relationship with her mother, Teri, her marriage to Andre Agassi, and her own struggles with motherhood. Honest and incisive, Pretty Baby: Brooke Shields critiques a toxic culture and power structure that perpetuates misogyny and is complicit in the sexualization and objectification of young girls. But, above all, it tells the moving story of Brooke Shields discovering and embracing her own identity and agency.

“Rotting in the Sun”

Sebastian Silva is depressed. When he’s not sleeping, the filmmaker is taking absurd amounts of ketamine and searching the internet for painless suicide methods. In an attempt to snap him out of it, his manager sends him on vacation to a nude gay beach. There, he almost dies trying to save social media influencer Jordan Firstman from drowning. The over-the-top Jordan wants to collaborate on a series, but Sebastián is resistant until a network shows interest. When Jordan arrives in Sebastián’s Mexico City studio to get to work but can’t find him anywhere, he begins to suspect that the put-upon housekeeper, Vero (Catalina SaavedraThe Maid, World Cinema Special Jury Prize for Acting, 2009 Sundance Film Festival), knows more than she’s letting on.